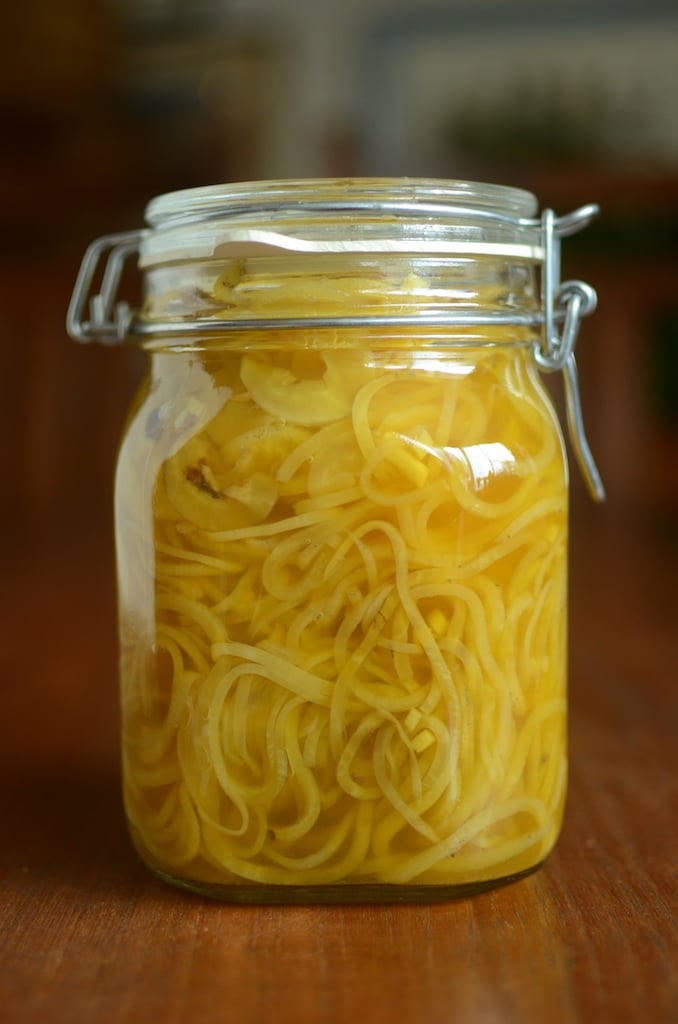 I bought a spiralizer three years ago and while I enjoy the novelty of vegetables cut into shapes other than that which I can achieve with a knife, I can’t quite convince myself that long strands of zucchini or eggplant are actually noodles. Still, I find that it has a place in my overstuffed kitchen, if for no other reason that it is fun (and sometimes that is enough). 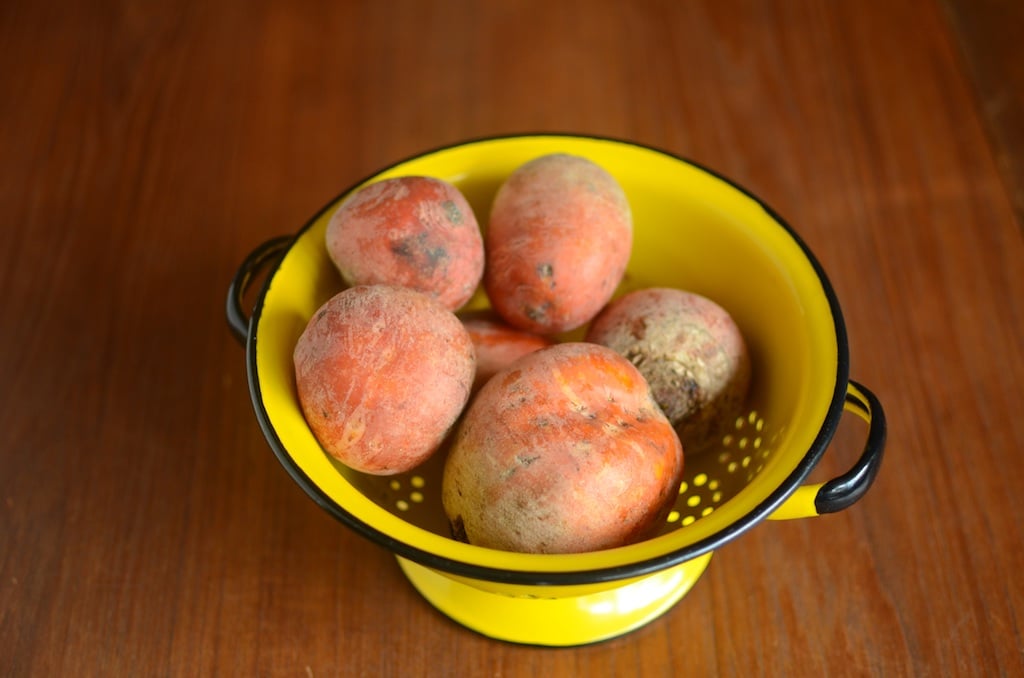 I first made these spiralized pickled golden beets a little over a year ago and they are one of my favorite things to add to soba noodle salads or heap on top of an Ak-Mak cracker spread with fresh ricotta cheese (I realize that’s an oddly specific application, but darn if it isn’t delicious). 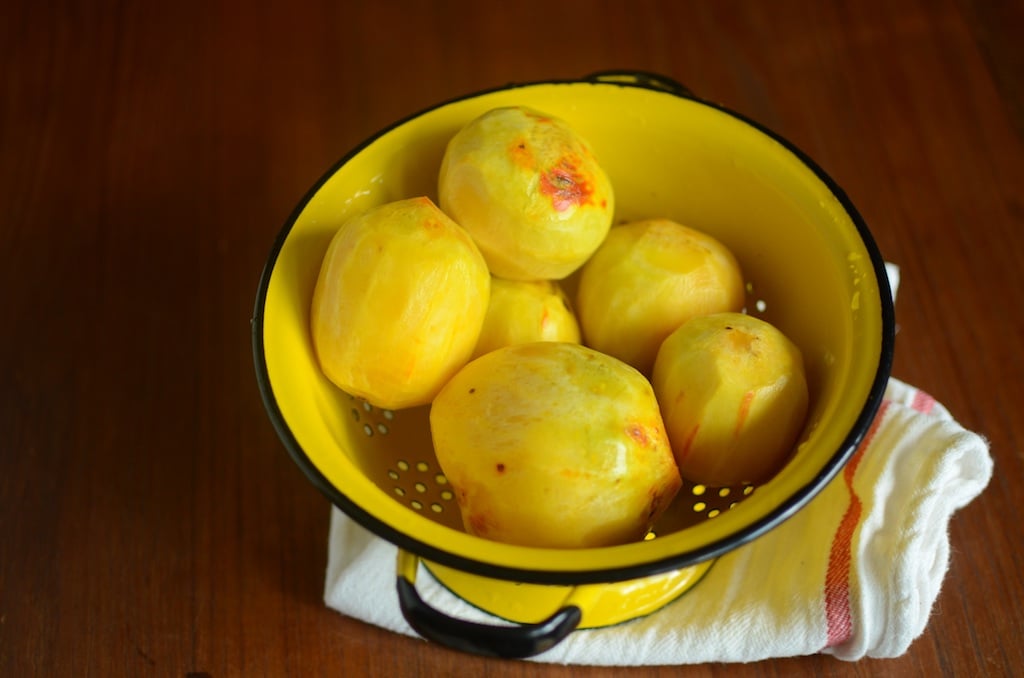 You can certainly make these pickles without having a spiralizer at your disposal, but it does lend a bouncy, curly-fry spring to the finished pickle, which I enjoy. Without a spiralizer, you’d just cut the raw beets into thin slices and then cut those slices into narrow matchsticks (a mandoline would help with this, though I find that they are a little iffy with dense vegetables like raw beets). 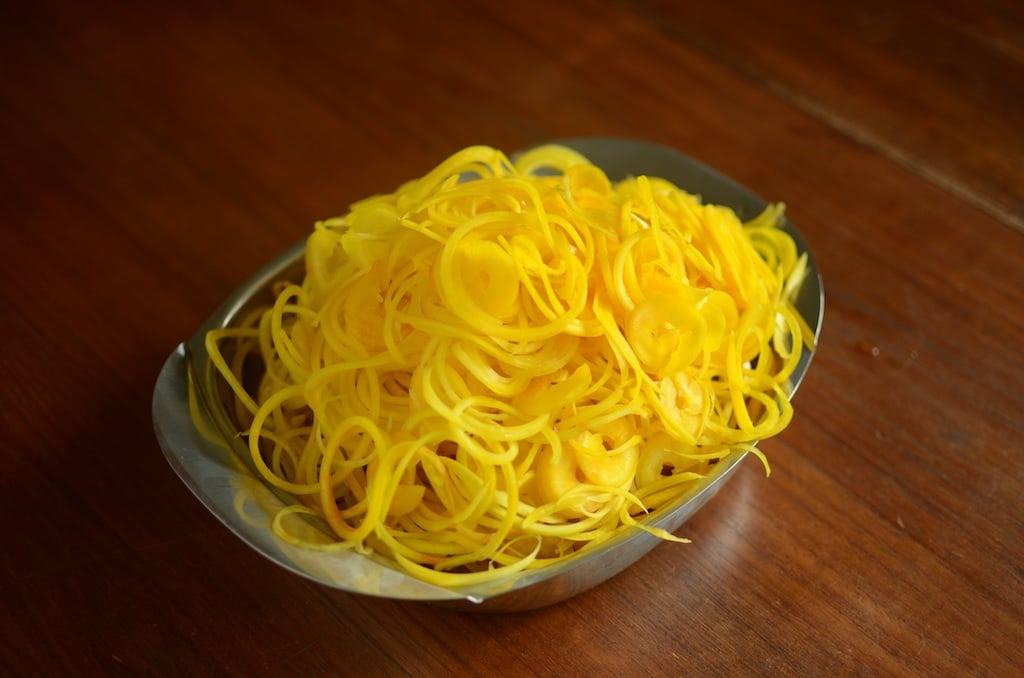 The most important thing when making these pickles is to strive for thin cuts. The only cooking that the beets receive is a short simmer in the brine, so in order to keep them from being aggressively crunchy, you need to aim for narrow matchsticks or curls. 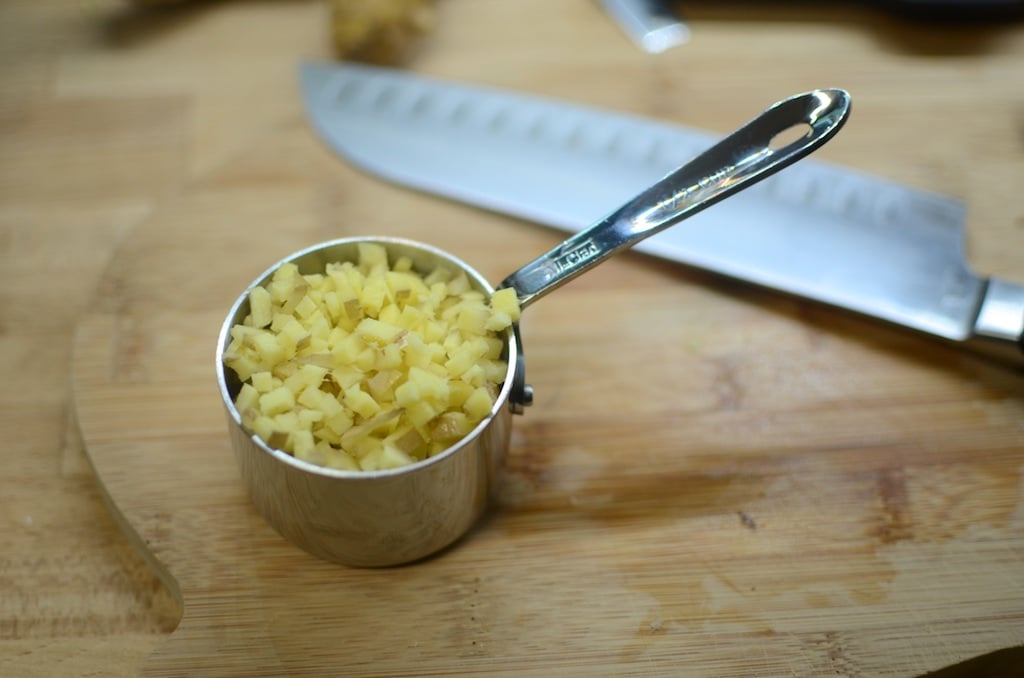 I make these pickles with an assertive volume of ginger, which I find both boosts and balances the earthiness of the beets. I tried spiralizing the ginger for one batch, and found that it didn’t do a good enough job of distributing the ginger throughout the jar of pickled beets. Instead, every so often, I’d take a bite expecting beet and get a mouth full of *ginger* instead. While not exactly unpleasant, it wasn’t what I was aiming for. A fine dice works better. 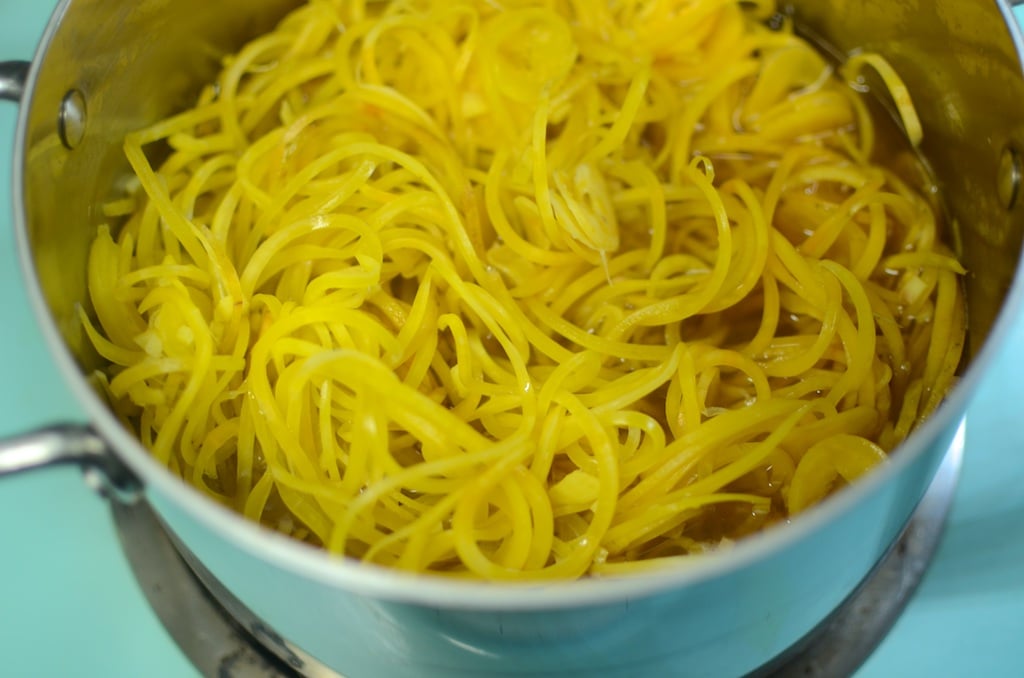 I make these pickles to keep in the fridge, because I find that I like the texture best, and it also means that I don’t have to use quite as much vinegar, rendering them a bit more mellow. They do fade over time, so if you can’t abide still delicious, but slightly grey pickles, make them in smaller batches or eat them quickly. 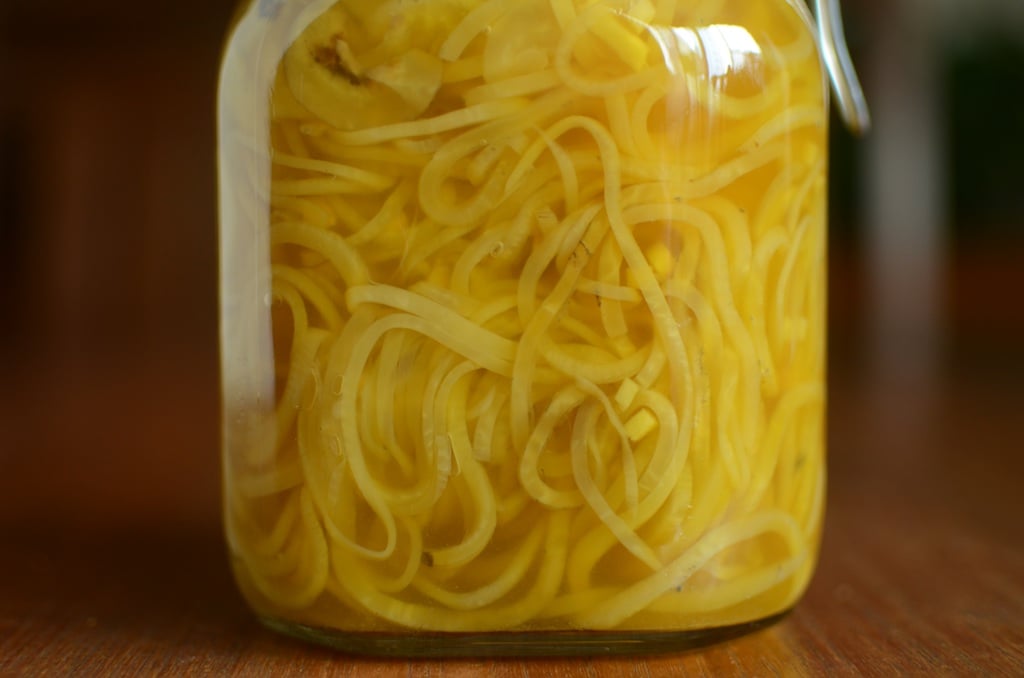 I’m curious if you guys are using spiralizers to prep vegetables for pickling. Any experiences you’d like to share? 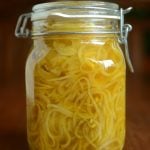