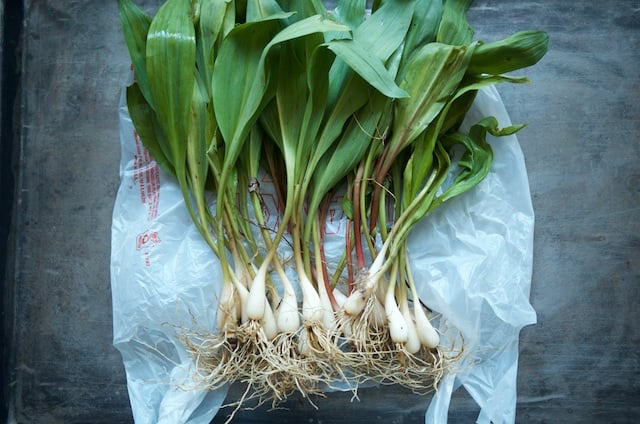 Ramps are members of the onion family that grow wild throughout the eastern US and Canada. They are one of the first fresh, edible things that appear each spring, and in recent years, have developed something of an obsessive following among the foodie set. (They’re so popular that we’re now facing issues around overharvesting.) 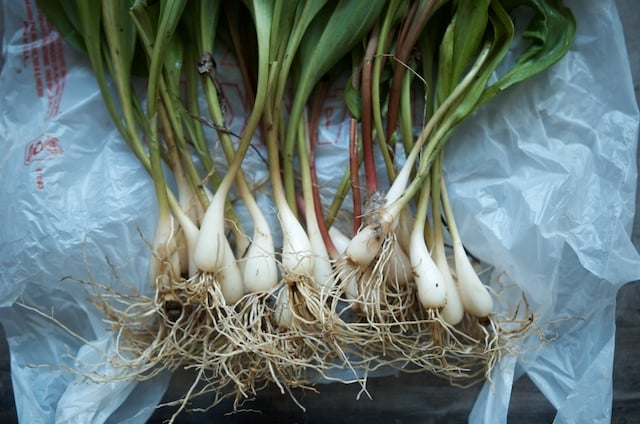 Traditionally, people would forage their own ramps, but these days we urban dwellers can often find them at our local farmers markets and farmstands. Several vendors at my local market had them for $16 a pound and I treated myself to a precious $10 worth. 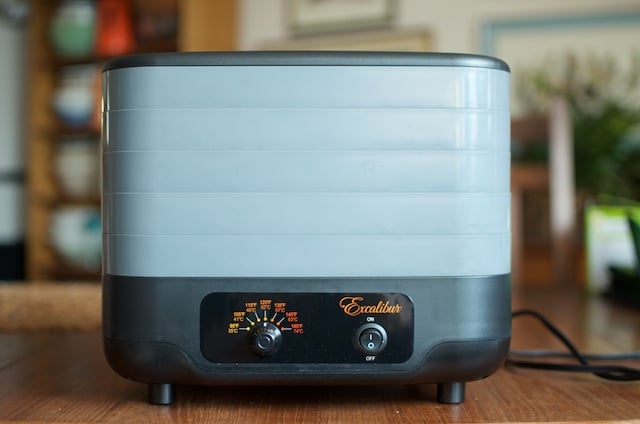 I had a pair of plans for those ramps. I wanted to pickle the root ends, and dehydrate the leaves so that I could grind them into powder. The dehydration plan came to be thanks to my recent obsession with the Bar Tartine cookbook (thanks to Karen Solomon for making sure I understood its greatness) as well as the fact that the folks from Excalibur sent me one of their stackable dehydrators to play with this season. 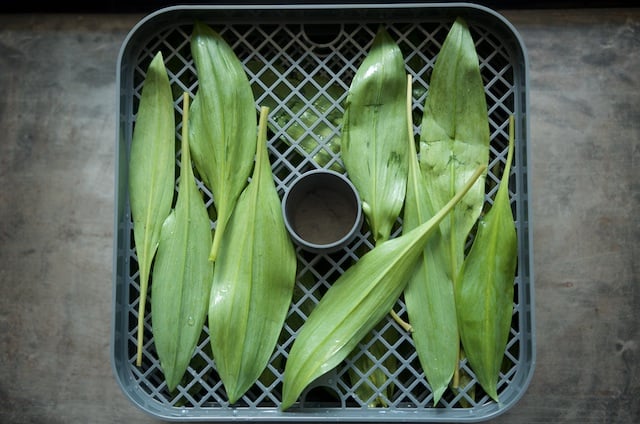 For years now, Excalibur dehydrators have been the gold standard for both home and commercial dehydration. Part of their appeal has long been the fact that their trays slide in and out (rather than stacking) and they didn’t require a central hole for air circulation. The downside of these models has been their high price point.

More recently, they brought to market a stackable model that is more affordable, but still incorporates their vast dehydration expertise. 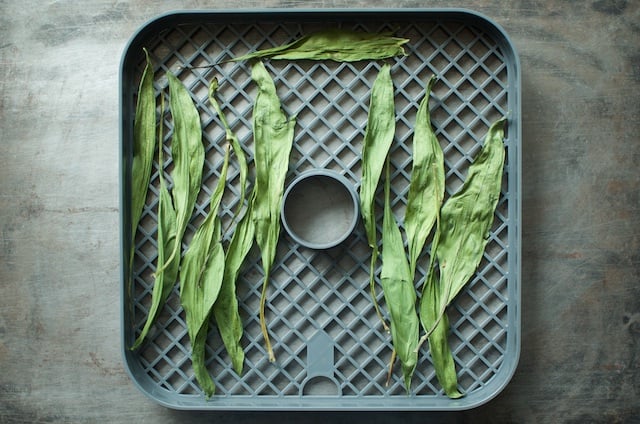 It’s this more price accessible model that they sent me to use. While I still long for one of their fancy models that allows you to do things like make fruit leather without working around the hole and move trays without needing to stack and readjust, this unit is a very large step up from the Nesco dehydrator I’ve been using since 2009. 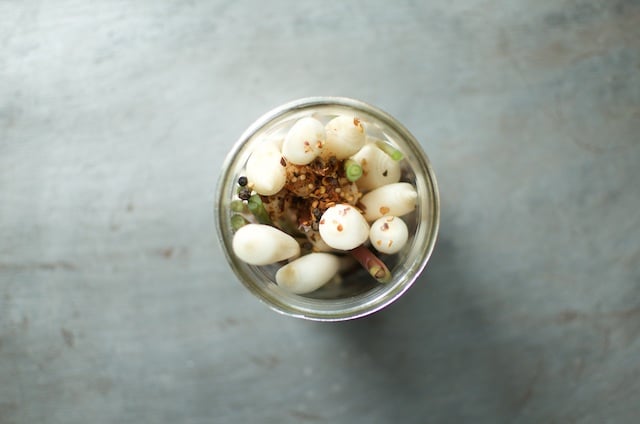 So far, I’m really pleased with this unit. It comes with non-stick protector sheets and two trays for making fruit leather. The squared shape means that you can get a goodly amount on the trays (even working around the central hole). It runs far more quietly than my old model. And while it sounds like a silly thing, I so appreciate the on/off switch (you turned on my old Nesco by plugging it into the wall). 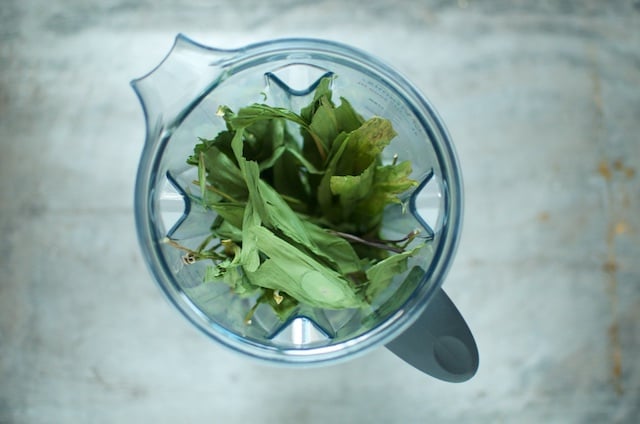 Now, let’s talk a little more about my ramp pickles and powder. The pickle is a basic one. I didn’t do anything more than trim the roots off, and tuck what remained in a pint jar with small pinches of red chili flakes, black peppercorns, and mustard seeds. 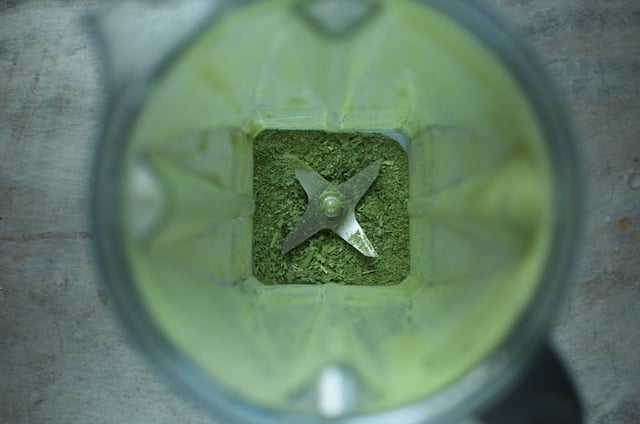 I combined 1/2 cup of apple cider vinegar, 1/2 cup of water, and 1 1/2 teaspoons sea salt in a measuring cup and microwaved it until the salt was dissolved. Then I poured the hot brine over the ramps stems and let it sit on the counter until it was cool enough to go into the fridge. Done. 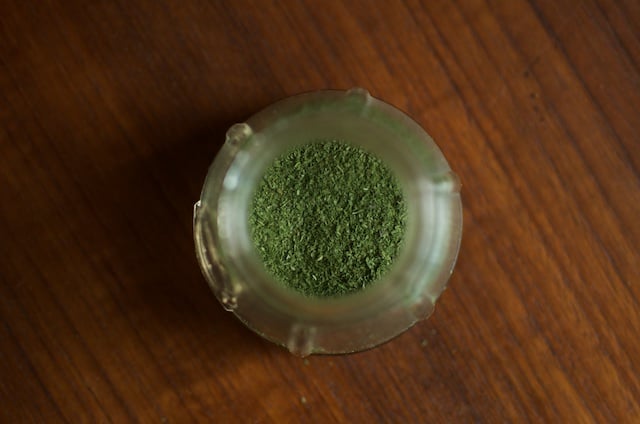 Once the leaves were totally crisp, I put them into the container for my Vitamix and blended until they were mostly powdered. A perfectionist might have sifted out the larger pieces and run them through the a spice grinder, but I was happy with imprecise textural mix. 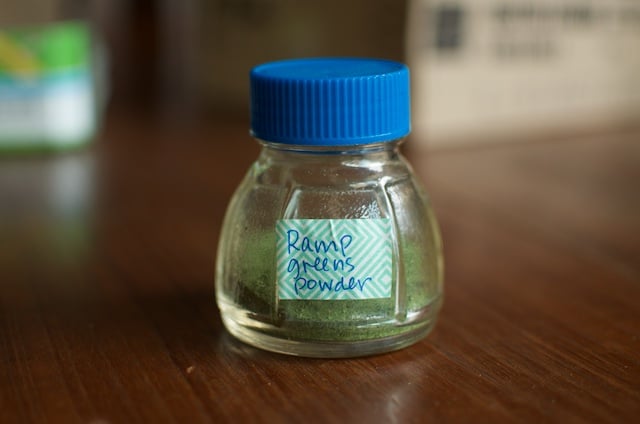 My plan is to use this funky, oniony powder to enhance vinaigrettes, dips, and sauces (I’m planning on stirring some into plain yogurt this weekend to eat with hummus and pita). The pickles will be diced and stirred into grain salads all summer long.

What have you been preserving lately? Any late spring favorites?

Disclosure: As I mentioned above, Excalibur sent me the dehydrator you see above. I will be featuring it throughout the summer and fall. All opinions expressed here are entirely my own.