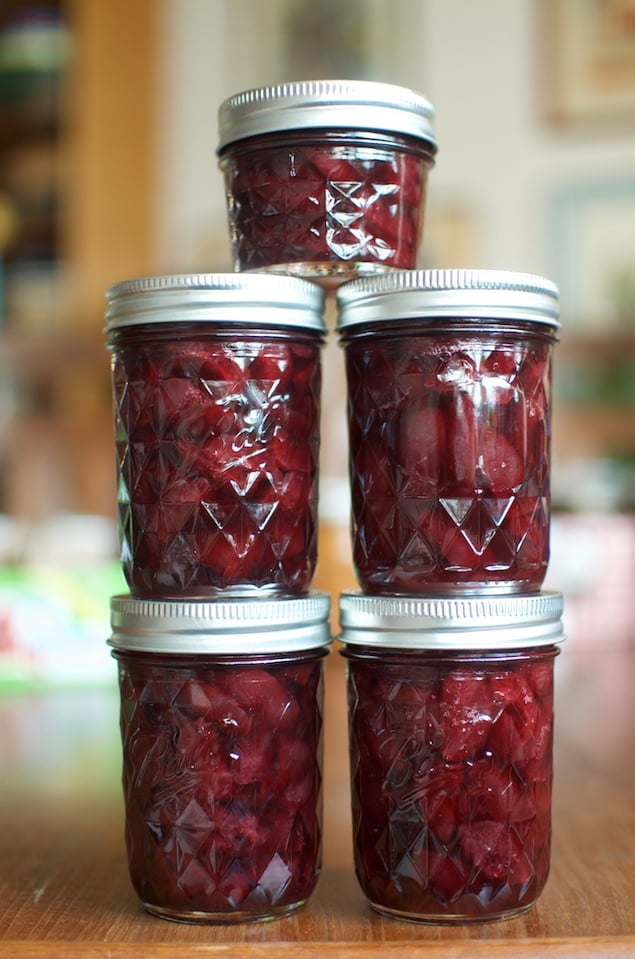 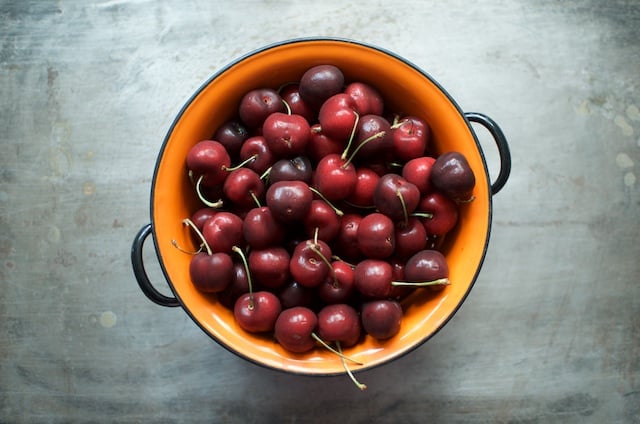 Instead of bemoaning the 2016 sour cherry situation (though I must confess, I was able to get some from my friends’ community garden, so I’m not totally without them this year), I decided to take some of the sweet cherries from the Northwest Cherries shipment, and do what I could to give them a flavor profile similar to that of a sour cherry. 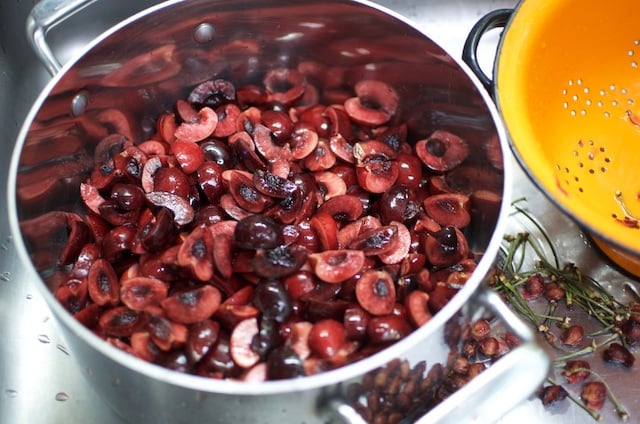 I measured out two and a half pounds of the sweet cherries and using my trusty paring knife, cut them in quarters and wiggled out the pits (I don’t like using cherry pitters, because I resent how much cherry flesh you lose with every pit. Quartering them is fiddly work, but so much more of the fruit ends up in the pot).

Once the cherries were prepped, I combined them with sugar, apple cider vinegar, and lemon juice and let them sit until all the sugar was dissolved. Then I set the pot on the stove, brought it to a boil, and cooked the fruit until the cherries were tender (but not falling apart) and the liquid had thickened slightly. 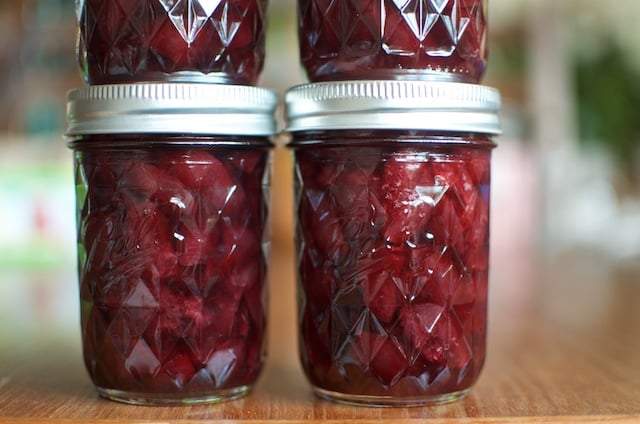 Towards the end of cooking, I took a tiny taste of the syrup in the pot and was so happy with the results. Bright, sweet, and just tart enough that you feel a pleasant shiver in the back of your throat. This is one for sparkling water, pairing with cheese, or eating with a pork chop. 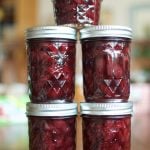