How to Make Beet Raisins

Food in Jars contributor Alex Jones drops in to show us how to simmer and dry beet slices into beet raisins. It’s a great project for this in-between time, when we’re waiting for spring produce to arrive! -Marisa 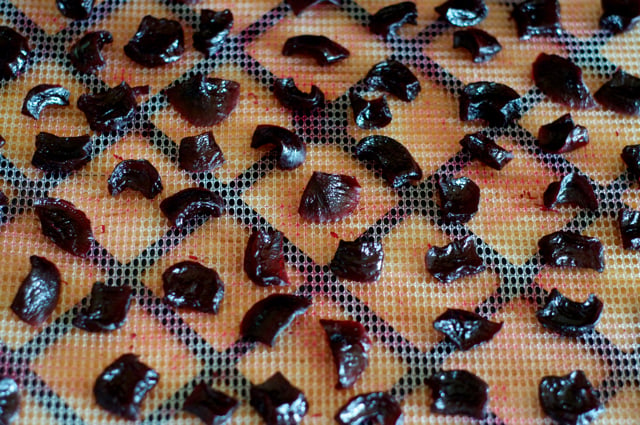 I’m not much of a cooking competition show watcher. The exceptions are the original Japanese Iron Chef, which I followed voraciously back in high school, The Great British Baking Show (of course), and a brief foray into MasterChef Junior — all shows that avoid the cutthroat, stressful nature of most reality TV.

So I can’t really blame myself for not knowing about beet raisins, with which chef Carrie Baird of Denver’s Bar Dough wowed the judges during an episode of Top Chef last year. 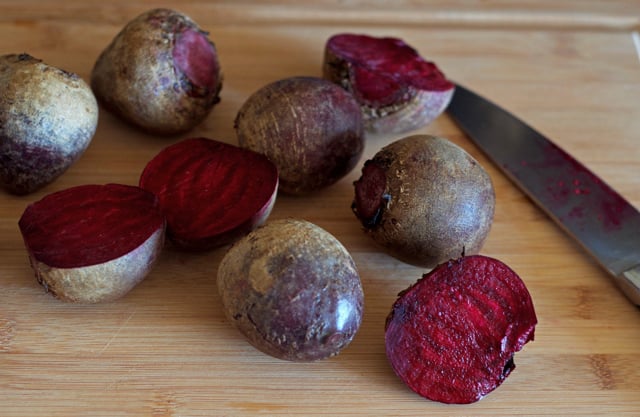 A poster on the Food in Jars Community Facebook group mentioned them recently, and I was instantly fascinated. Beets are the kind of veggie I always wish I used more often. Now that I have an Instant Pot, it’s easy to quickly prep a bunch for a week of salads, but that’s as about as creative as I’ve gotten with them lately.

And while I’m waiting for the ever-so-slow unfolding of spring here in Philly, farmers’ market stands still have tons of sturdy storage beets in red and gold, harvested months ago. With strawberries still weeks away and grapes for actual raisins not available until high summer, I had to try this recipe. 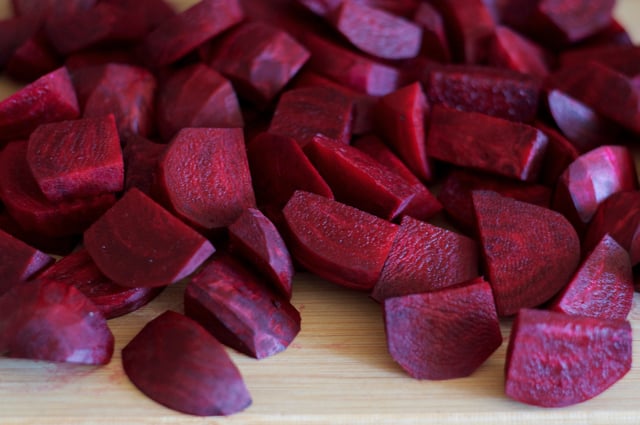 Baird’s recipe calls for melon balling the raw beets into uniform spheres, which is far more work than I wanted to put in. (A melon baller is also not one of the many culinary tools in my kitchen, and if I’ve managed to avoid getting one for this long, it’s not gonna happen now.)

So I peeled and trimmed my organic red beets, then halved them and cut each halves into five roughly equal slices, about half an inch thick and an inch or so long — cutting the pointy end, then slicing the remainder into quarters. 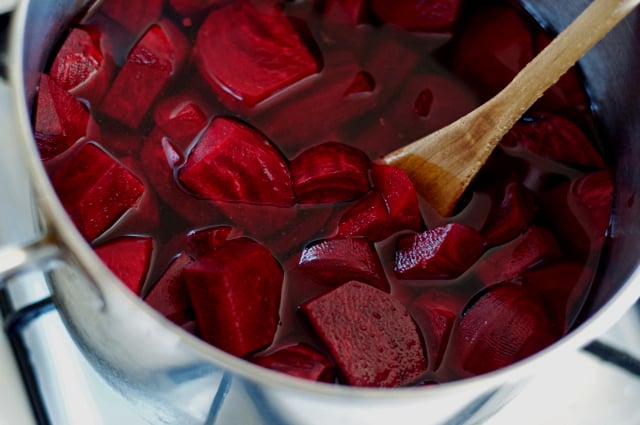 Slices rather than balls also reduces waste, giving you more beet raisin for your buck. (My cuts gave me larger pieces in the end; if you want something more raisin-sized, do cuts closer to 1/2″ all around and cut the drying time.) The slices went into a pot with vinegar, sugar, water, and a pinch of salt.

Baird uses champagne vinegar, which you’re welcome to do; I used apple cider vinegar, because that’s what I had on hand (and I’m not trying to win a high-stakes cooking competition).

The slices simmered till they were very soft but not disintegrating, about two hours. Then, I drained the liquid — which you could use to make salad dressing, or add a little more salt and use it to quick-pickle some thinly-sliced hakurei turnips, for example — and let the slices cool for a bit. 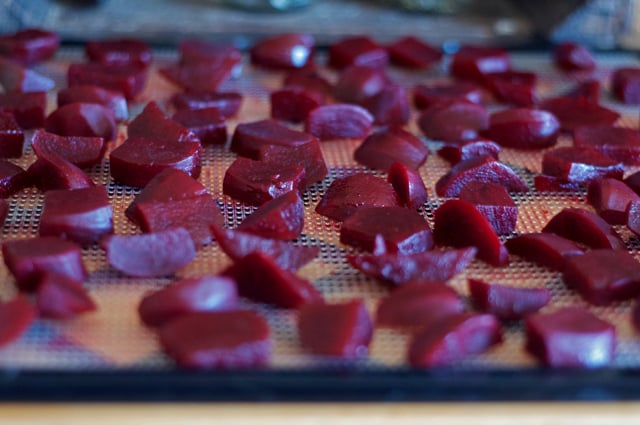 The cooked beet “grapes” then went into my Excalibur dehydrator at at 135oF, which is the setting recommended for fruit. After two hours, the beets were showing signs of dehydration, but their texture was still more like beets than raisins.

I upped the temperature to 145oF, which is the temperature I include in the recipe below. The beets took another three hours or so until they were sufficiently raisinlike for me to pull them out — next time, I might just turn the dehydrator up all the way to 155oF and see if that helps to shorten the dehydration time without overdrying.

When I did, they were wrinkly, chewy and toothsome, and pleasantly sweet and a little tart — just like real raisins! They’re super snackable and would be delicious in a bowl of yogurt with granola, or on a kale salad, as Baird served them on Top Chef. I could also see using them to top a tzatziki-esque cucumber salad along with lots of dill, toasted slivered almonds, and a pillowy pita. 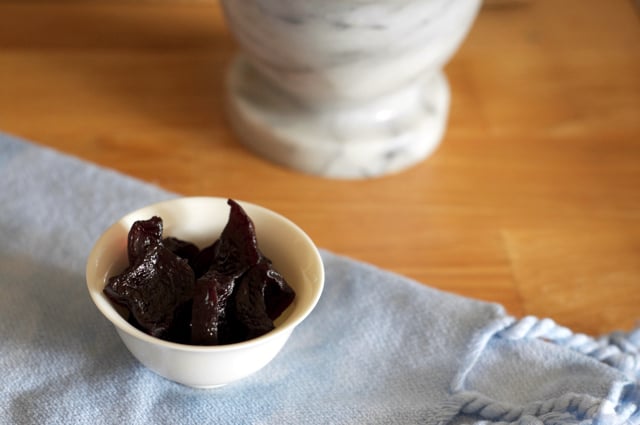 They’re not quite as simple as stemming grapes and tossing them onto a dehydrator rack, but I’ll definitely be making these beet raisins again. Would you give them a try? Tell us in the comments! 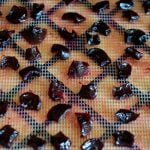 17 thoughts on "How to Make Beet Raisins"