Redeem mediocre watermelons by turning them into homemade watermelon juice! All you need is cubed fruit, lemon juice, a sweetener, and a blender! 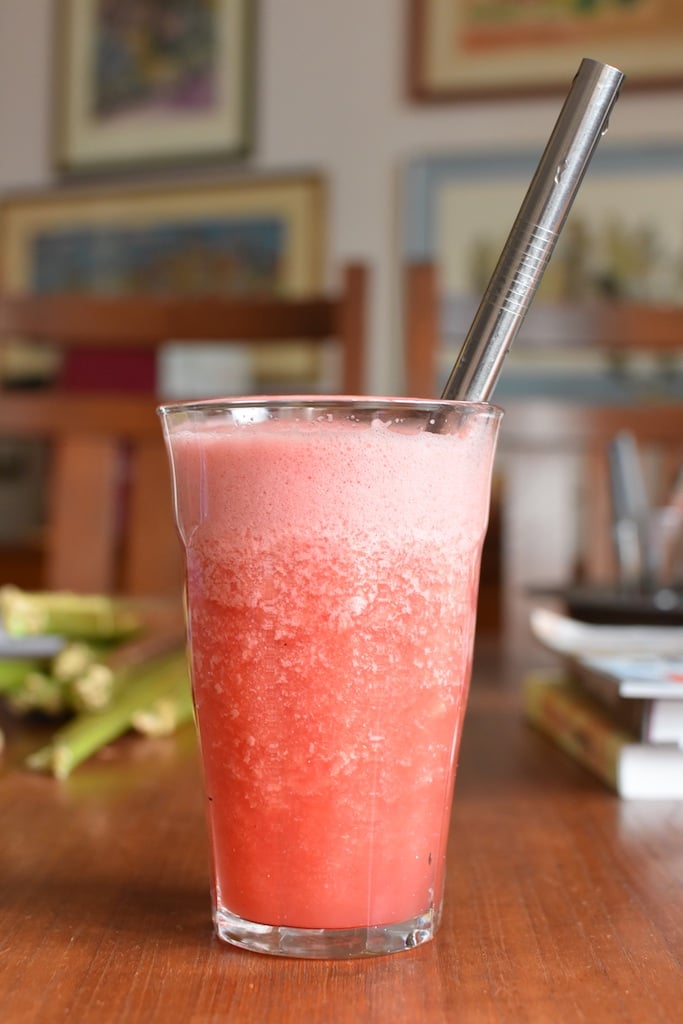 This is a tale of a mediocre watermelon and its eventual redemption. It all started last week, during a trip to Trader Joe’s. They had a bin of watermelon in the entry way and I was entranced. You see, I am one of the people who can eat endless amounts of watermelon and in the height of summer, I often work my way through a couple sizable melons per week (my husband does not partake. He is strictly a cantaloupe man). 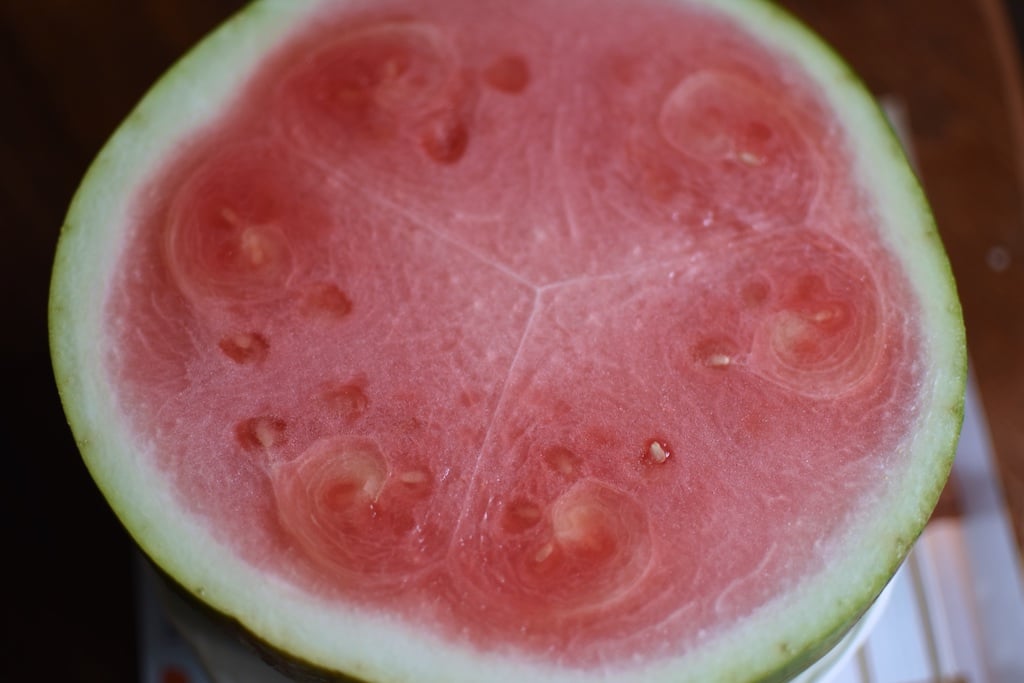 I tapped a few melons and lifted a couple possible candidates into the air, hoping to find a good one using both science (hollow sound) and intuition (feel). Hoping for the best, I finally hefted a gorgeously striped watermelon into my cart. Walking home with one bag on my shoulder and the watermelon cozied up in my favorite mesh sack, I was so looking forward to eating a bowl of melon cubes. 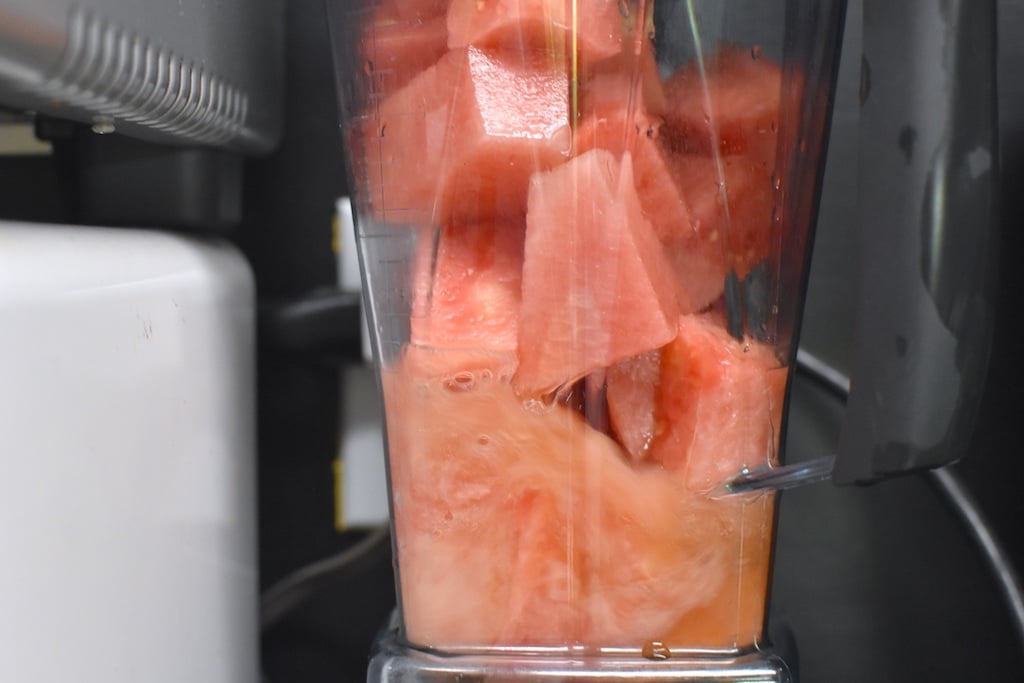 I think you know what comes next. The melon I had so carefully chosen was not a winner. It was pale, mealy, and barely sweet. For a moment, I contemplated bagging it up and taking it back to Trader Joe’s for a refund. But then, I realized there was an answer.

The prior weekend, I had spent some time with a friend who had mentioned how much she liked the watermelon juice sold at a local-to-her taco truck. I cubed the watermelon and threw it in the blender with the juice of a lemon (lime would have also been good) and a tablespoon of agave nectar (I had a bottle that was nearly kicked and I wanted to use it up. Honey or even maple syrup would also be good). 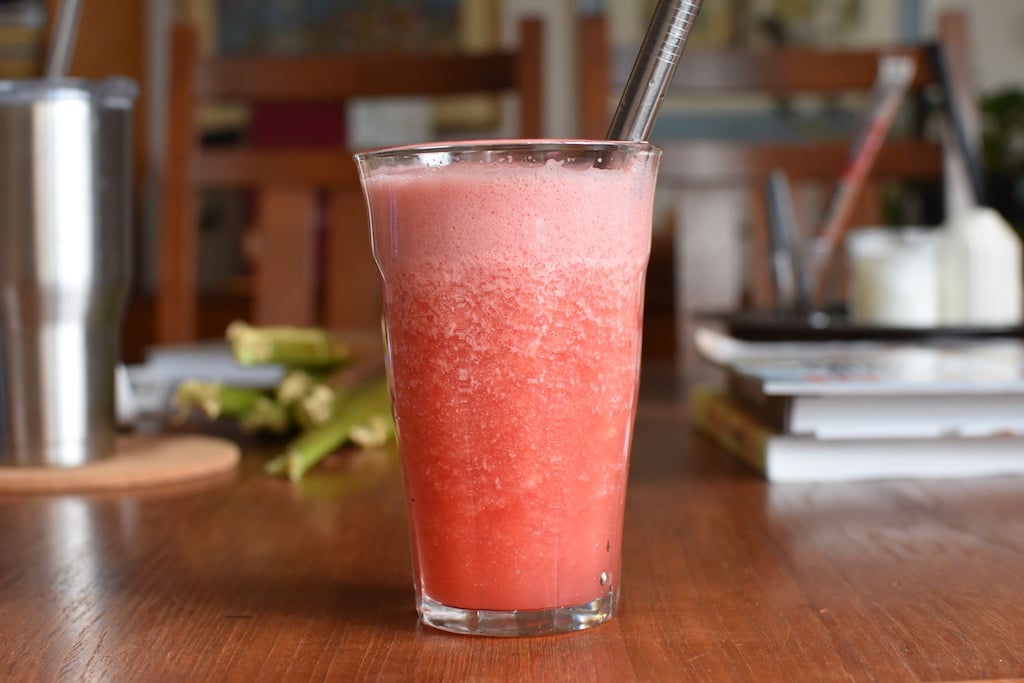 The additional acid and sweetness brought the watermelon into balance and it became a truly delightful drink. It kept in the fridge for about 48 hours. It did separate a bit as it sat, but could be brought back together with a quick shake.

I’m not going to offer a specific recipe because every watermelon will be different (and some won’t want any additional sweetness at all). But if you find yourself in possession of a lackluster melon this summer, instead of bemoaning your fate, turn it into juice!