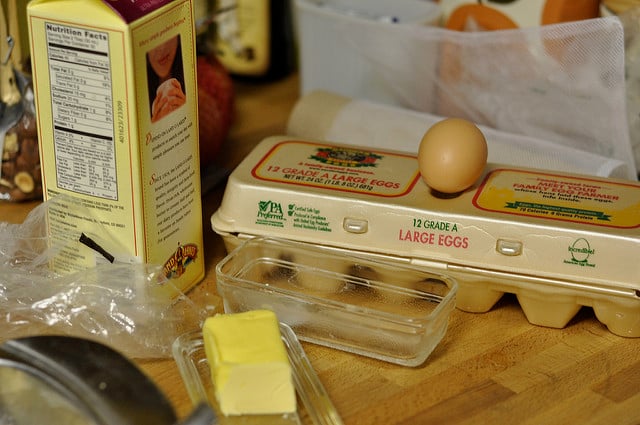 We’ve been back from our honeymoon for the last couple of days, but I haven’t done much of anything creative in the kitchen as of yet. I’m still eying the pile of wedding gifts, trying to incorporate the new gadgets and pots into my already overfull galley (truly, a blessed problem to have). However, the very first morning we were back, weary of having to shower and dress before venturing out for breakfast, I made my lazy morning specialty.

French toast is one of those meals that doesn’t really require a recipe. It’s about taking a few end bits from the refrigerator and making a meal that elevates those humble, half-stale, slightly sour ingredients into something satisfying (and refreshingly cheap)! In our case, I didn’t even have to resort to the slightly sour, as there was an unopened quart of half and half in the fridge with an expiration date that was still three weeks in the future. There were also three lonely eggs and four slices of multi-grain bread (two of which were the heels). 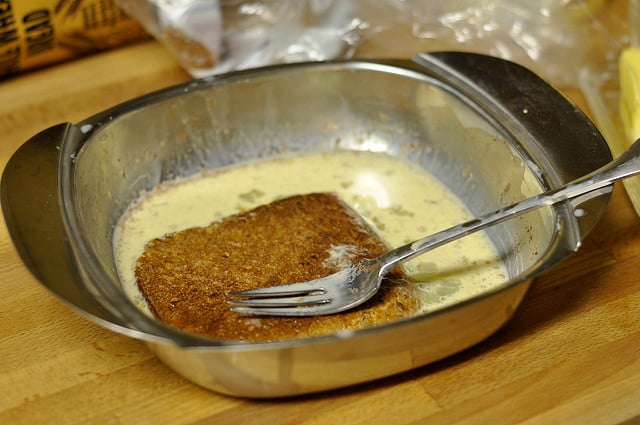 I beat those eggs in a shallow dish with several glugs of the half and half, until it was a mellow lemon color. Some cinnamon and freshly grated nutmeg joined the egg mixture and a slice of bread went in. I heated my pancake/french toast griddle over medium heat and added a mostly unnecessary slick of butter (that griddle has been so well loved that it’s seasoned to the point where grease is hardly needed. But butter is so delicious).

My dad taught me to make french toast when I was young, and the point he always stressed was that it was important to give the bread a good soaking (but to watch carefully that you don’t oversoak). You want to get enough egg mixture into the fibers of the bread so that it puffs up like a custard while cooking. If your bread is particularly stale (which mine was), use a fork to score the slices in order to aid egg absorption. 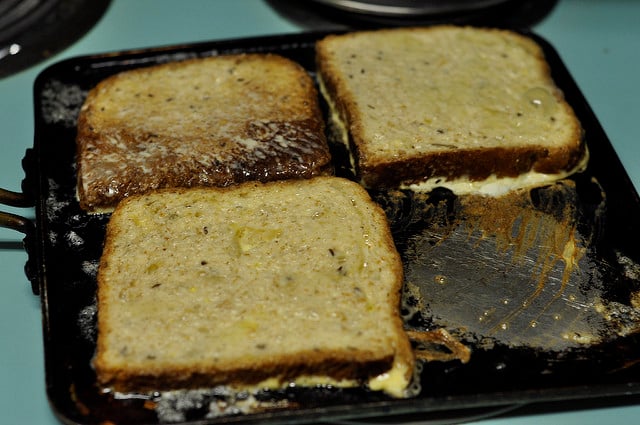 Once your first slice is sufficiently saturated, carefully transfer it your pan. Follow suit with the rest of the slices of bread, as they’re ready. My griddle can accommodate four slices of bread, but if you don’t have such a roomy cooking vessel, feel free to cook them one or two at a time in frying pan (just don’t let them soak to bits if you’re using a smaller pan). Cook over medium heat, so that the slices have a chance to cook all the way through. 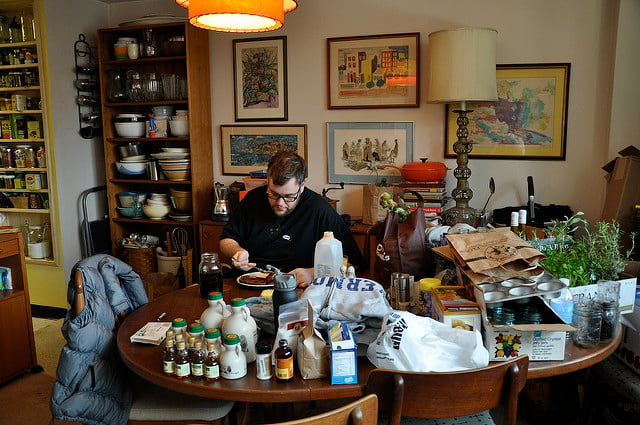 Serve on a messy dining table, with some previously canned pear butter or some Vermont maple syrup.