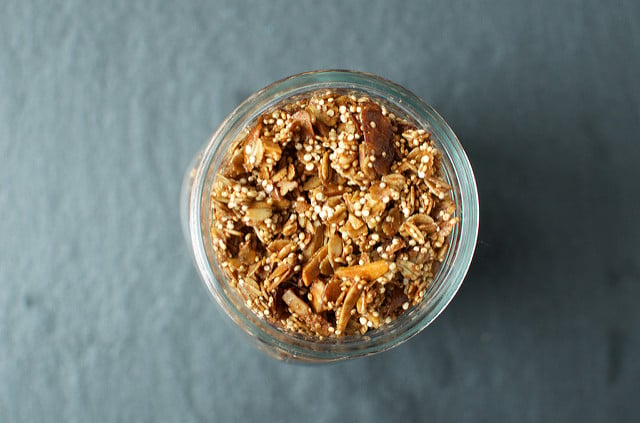 I can’t put a finger on exactly when I became aware of quinoa. It wasn’t on our dinner table when I was a kid, but I remember eating it once or twice when I was in college (the dining hall served it occasionally, but they had not yet figured out how best to cook it during my years eating there). However, by the time I had moved to Philadelphia and was cooking for myself, it was one of my staples.

I’ve gone through several hot and heavy periods with quinoa. There was the phase in mid-2004 when I ate garlicky Swiss chard, homemade turkey burgers, and steamed quinoa for dinner at least twice a week. I’ve also eaten a great deal of a dish my sister dreamed up and calls “Bean-wa, Green-wa, Quinoa.” It consists of a can of garbanzo beans, some sautéed kale, a jar of Trader Joe’s Masala Simmer Sauce and a couple cups of cooked quinoa. It’s incredibly easy and fast, particularly if you have leftover quinoa.

When Scott and I had our potluck wedding in 2009, three different people brought quinoa salads. When people ask us what kind of wedding we had, sharing that tidbit typically paints a picture. It’s funny what a cultural indicator quinoa has become. 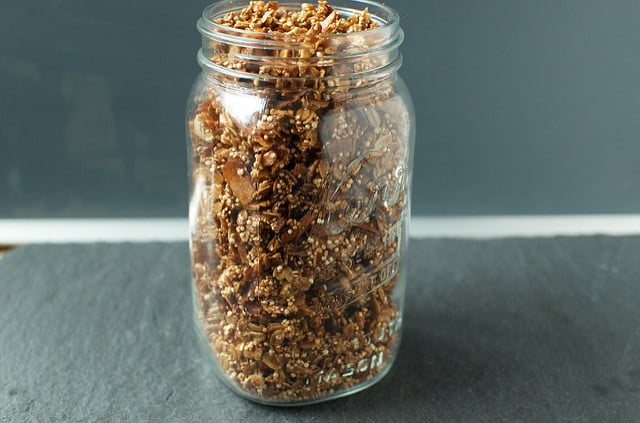 These days, we eat quinoa a few times a month in salads, soups or under juicy braised dishes. I love it dearly, both for its grassy flavor and the fact that it cooks so quickly. I do grapple with some guilty feelings around eating quinoa, since global demand has made its price too dear for the Bolivians who have long eaten it as their staple foodstuff. I know that I’m part of that problem, but I also know if I were to give up quinoa, my individual act would be invisible in the larger picture. There’s no perfect answer.

A few months back, I got a review copy of Camilla V. Saulsbury’s book 500 Best Quinoa Recipes

. I left it on the stack for a while as I struggled with my quinoa guilt, but finally picked it up a few weeks back for a quick browse. Immediately I found a number of recipes that appealed to me. I used up half a pad of little sticky notes marking breakfast bakes, waffle mixes, energy bites, muffins, quick breads and salads. 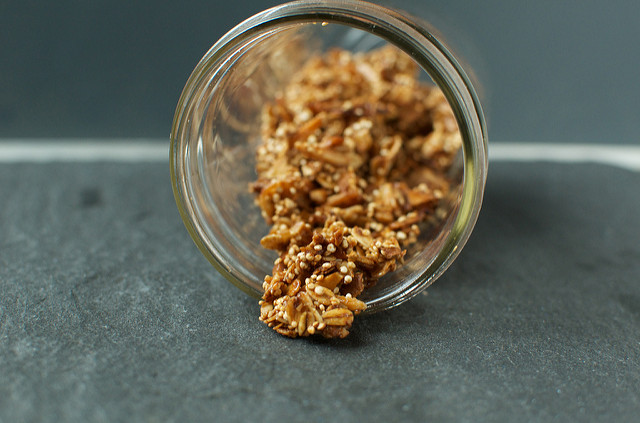 Once I was finished flipping through the book, I hopped up and headed to the kitchen to make a batch of the Coconut Oat Quinoa Granola that’s on page 36 (I had all the ingredients and was curious what toasted rather than steamed quinoa would taste like).

I followed the recipe fairly closely and only made a few tweaks (I reduced the coconut oil by half, left out the dried fruit and added a little salt). The finished product is terrific. It’s deeply coconut-y, with lots of crunch from the bits of quinoa. It clumped nicely and it good with yogurt or eaten in clusters as a snack. I will definitely make this one again.

Note: I left out the dried fruit from the finished granola because I recently discovered that the moisture content in raisins, apricots and the like can end up making granola soggy over time. These days, instead of stirring it all into a batch once it has cooled, I add a palmful of dried fruit to a bowl just before eating. It keeps the granola crunchy and ensures that I get just the amount of fruit that I want. 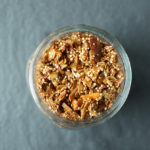