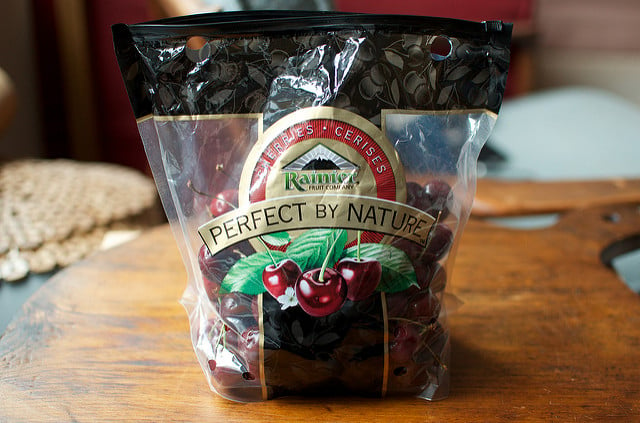 Earlier in the summer, I canned my way through two flats of rain-split sweet cherries from Beechwood Orchards. I made butter, chutney, this batch of sweet and sour cherry jam, rosemary pickled cherries, and cherry lime preserves (hmm, doesn’t look like I’ve posted that recipe anywhere). When all that was done, I took a deep breath and figured I was done with cherries for the season. 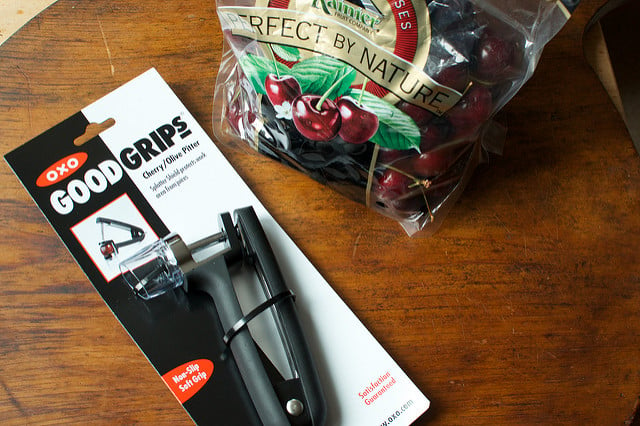 Then, along came a chance to participate in the 10 Pound Cherry Challenge that OXO was hosting in conjunction with the Northwest Cherry Growers. And despite a little schedule insanity, I just couldn’t say no. 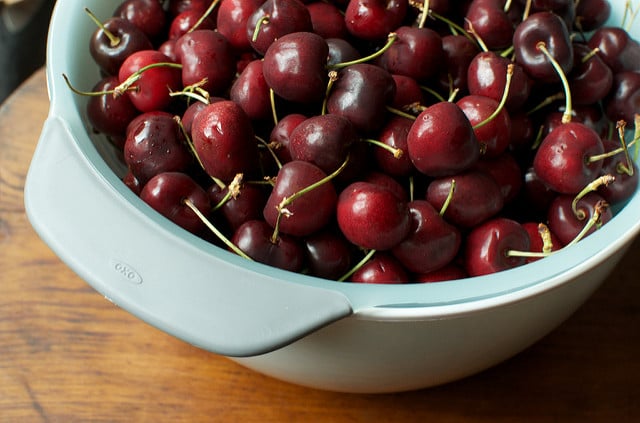 And so, mere moments before I was leaving for my trip to Boston last week, I took delivery of ten pounds of sweet, lovely cherries and a box of OXO goodies, including their 11 pound scale

, a set of their nesting bowls and colanders 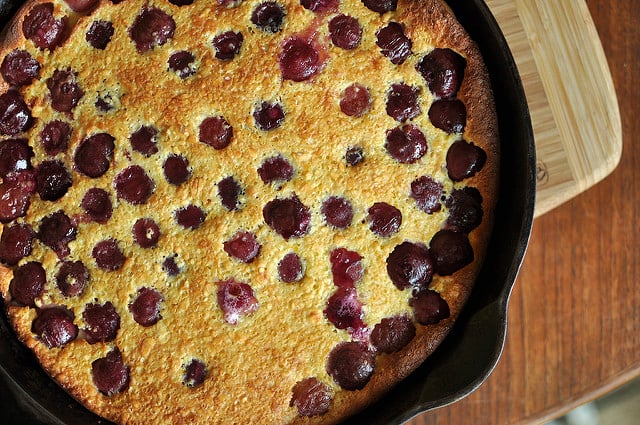 I took a few of the cherries with me as a road trip snack, and stashed the rest in the fridge. While I was away (the trip was all of 2 1/2 days, so the cherries held just fine), I started imagining all the ways I could use and preserve them. I got home late on Saturday night, but was up early Sunday morning to pit the first pound for a quick clafoutis. 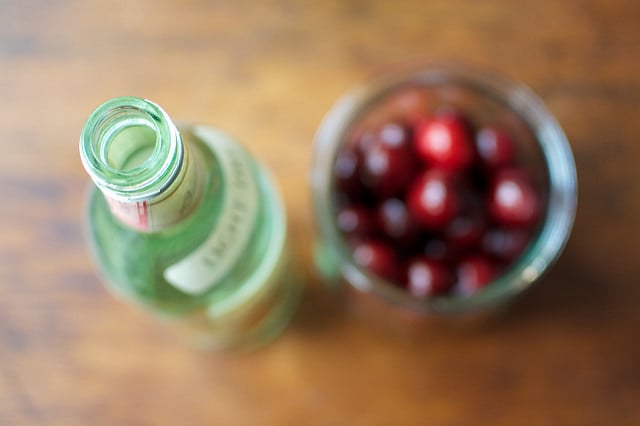 If you’ve not had one before, this traditionally French dessert resembles a Dutch baby or a firmly set custard. If you’re hewing closely to the way it’s done in France, you do not pit cherries before using them in this dessert. I prefer serving a version that uses pitted cherries, because it doesn’t endanger the dental work of your guests and just makes for a more pleasant eating experience. 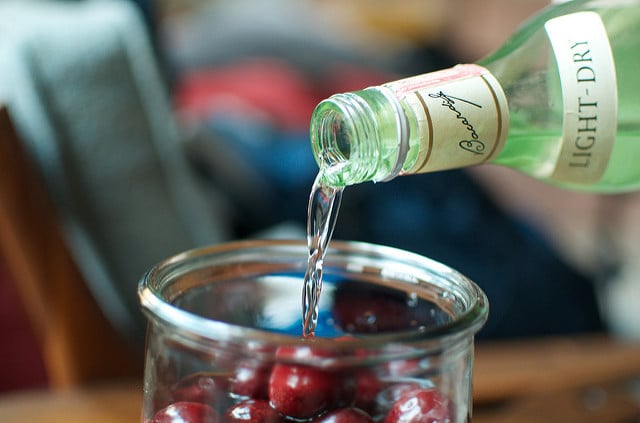 However, once the clafoutis was done, I ran out of steam. You see, we did the photo shoot for my next cookbook last Monday through Thursday and I had four nights of teaching and speaking last week as well. By the time Friday came along, I was entirely spent, my apartment was wrecked, and I had a to-do list a mile long. So I did three things.

I shared two pounds of cherries (and one of the OXO pitters) with my friend and cookbook editor Kristen (she just happens to be an avid preserver and lives just a couple miles from me). I funneled four pounds into a roomy slow cooker and started another batch of sweet cherry butter (a little more never hurts). And I took a cue from Maggie Battista of Eat Boutique fame (who put me up while I was in Boston) and started a batch of cherry-infused rum. 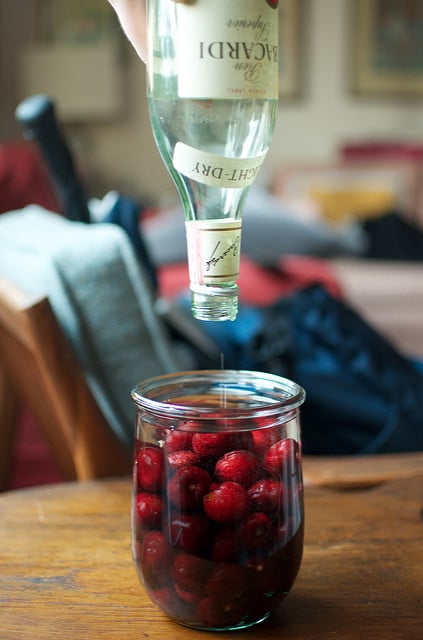 Maggie had several jars of fruit-infused spirits sitting prettily in her kitchen while I was there and I couldn’t help but realize that it had been awhile since I’d combined fruit and booze to good effect. And so, I rummaged through our liquor cabinet until I came up with a bottle of light rum that I thought would benefit from a little fresh cherry flavor. I stemmed the remaining cherries, tumbled them into a pretty jar and covered them with rum. Not the most inventive thing ever, but it sure will make for a tasty tipple when the days get chilly.

If you’re interested in seeing what some of the other 10 Pound Cherry Challenge participants did with their cherries, here’s who else was playing along: 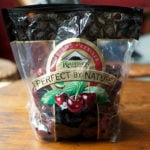 16 thoughts on "The 10 Pound Cherry Challenge"