The May cold pack challenge is over and it’s time to round-up our results. This challenge wasn’t as popular as those in past months, which I sort of expected. Cold pack preserving isn’t as exciting as some of the other skills we’ve tackled, and for lots of you, it was hard to find good seasonal produce which was appropriate for cold packing. Perhaps it wasn’t the best choice for May. Live and learn!

This month, just 92 people submitted their finished projects. Asparagus was the most popular ingredient to cold pack (which is appropriate since it was in season in many parts of the country in May). Other popular varieties of produce last month were Brussels sprouts, carrots, cauliflower, cucumbers, green beans, jalapeños, okra, red onion, and tomatoes. 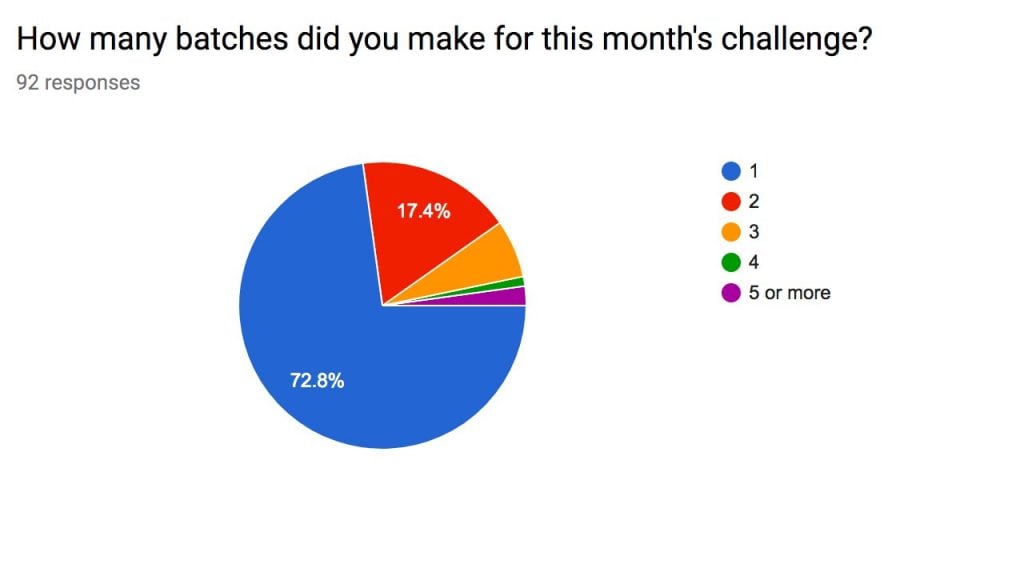 From the data that you all reported this month, it looks like most of you weren’t moved to make more than one batch. However, from the optional comments, it sounds like a lot of you are looking forward to trying out this skill later in the season when there’s more that’s appropriate for cold packing. 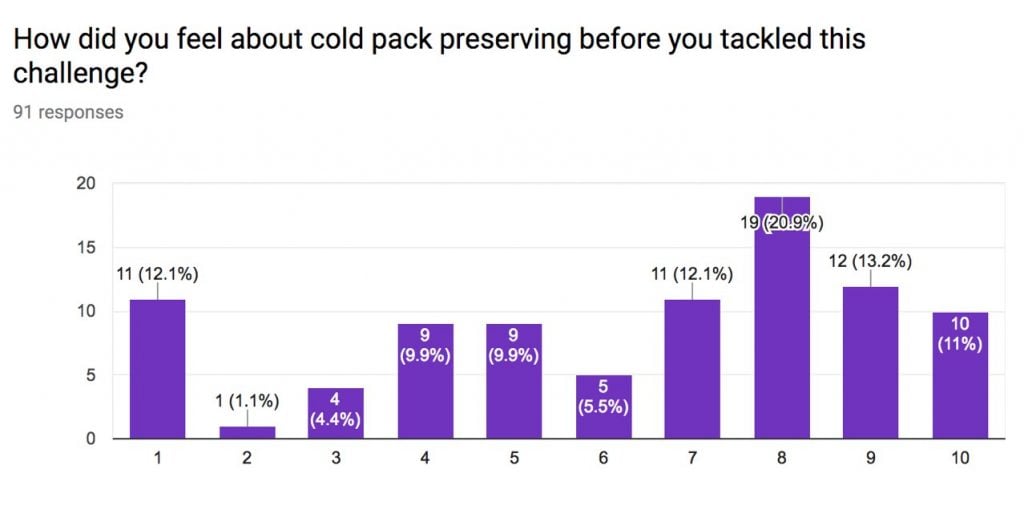 One thing that I found interesting was that many of the participants felt mixed towards cold packing at the start of the challenge. Which I get. It’s not one of the sexier food preservation skills.

Happily, those of you who tried it seemed to shift to the more positive end of the spectrum by the end of the month. Which is always what I’m hoping for!

Here’s hoping that the June jam challenge will appeal to a larger swath of folks and that our participation numbers will be back up in the next month!