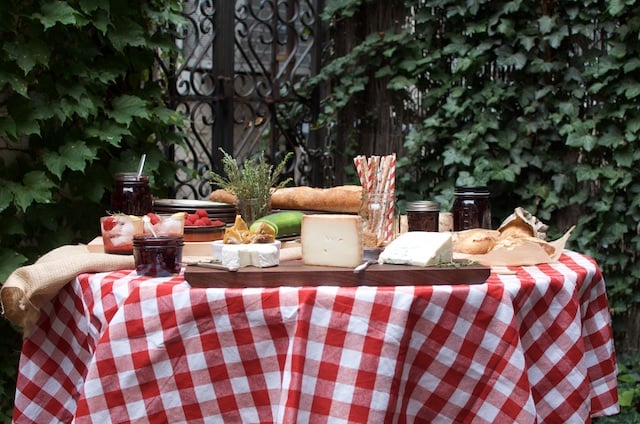 Earlier today, Madame Fromage posted a little something about the cheeses she picked for this picnic. All three were from Trader Joe’s and our intention was to show that you don’t have to spend a ton of money to create an inviting spread. 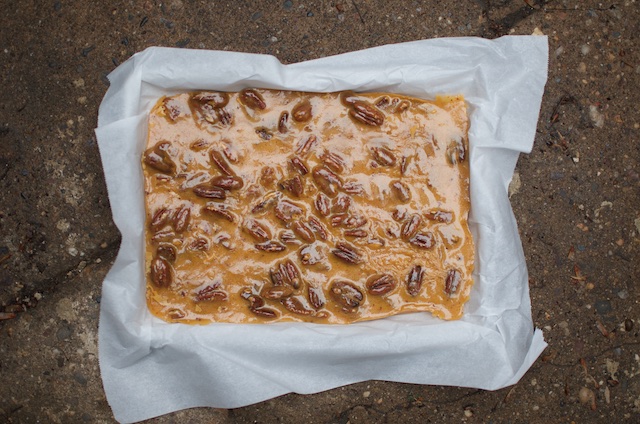 The final thing I contributed to the picnic was a tray of spicy pecan brittle. This sweet, salty, and spicy slab was good to nibble on alongside a slice of the mini basque and we all found ourselves crunching on it throughout the afternoon. 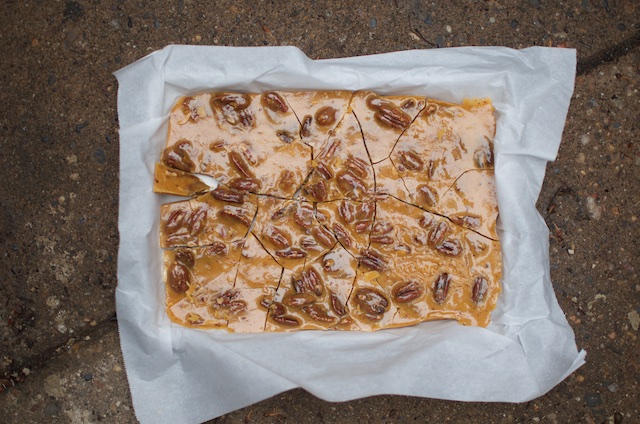 The one thing I’ll change next time I make this brittle for eating along side cheese is that I will make it thinner. I used a quarter sized sheet pan because I was thinking about portability and it produced a rather thick brittle. For pairing with cheeses, a thinner brittle with a texture that shatters more easily would have been nice. 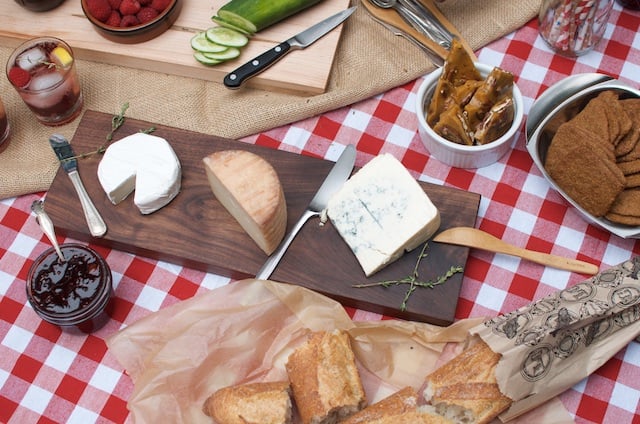 To add the spicy element, I stirred in some gochugaru. This is the Korean chili powder that’s typically used for making kimchi, but it works beautifully in this brittle. If you don’t have it in your pantry, Aleppo or ancho chili powder would also work. I’d stay away from cayenne, because you don’t want to overwhelm the brittle with heat. 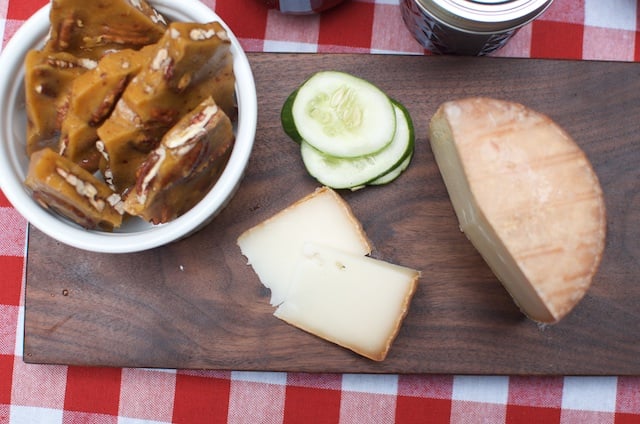 I used pecans in this brittle because I had jar in the fridge that wanted to be used. Other seeds and nuts will work nicely as well. If you were planning on taking it to a potluck where a warning about food allergies had been issued, try making it with a blend of toasted sunflower and sesame seeds. It would be delicious! 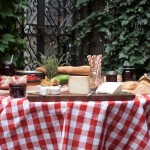