Hello canners! So sorry for the delayed August report. I came down with the flu on August 31 and it really threw off my work plans. Happily, I’m better now and back with a little round-up. I say little, because on the whole, a lot of you did not like this month’s challenge and so participation was super low. I get it. Not every technique is for every person. Hopefully we’ll all get back on track with fruit butters in September (they’re fun! and versatile! and so tasty swirled into yogurt!).

In August, 32 die hard canners reported their participation in the Mastery Challenge. Of those 32, 25 people tried their hand at low temperature pasteurization and seven took a stab at steam canning.

As is often the case, people reported feeling uncertain about the skills prior to trying them, but once they’d tackled them, those feelings improved. Here are the charts for LTP. 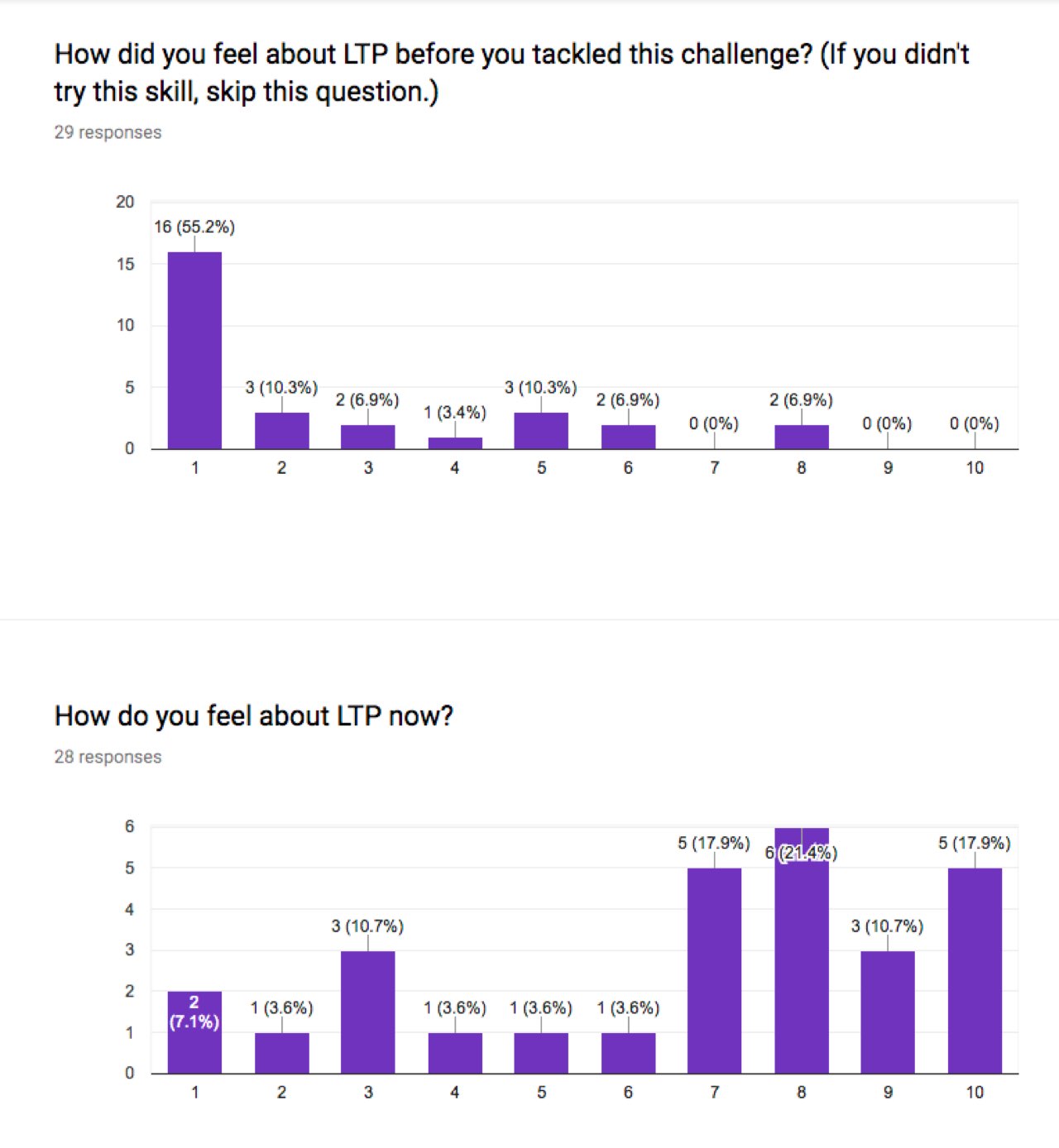 And here are the feelings about steam canning. 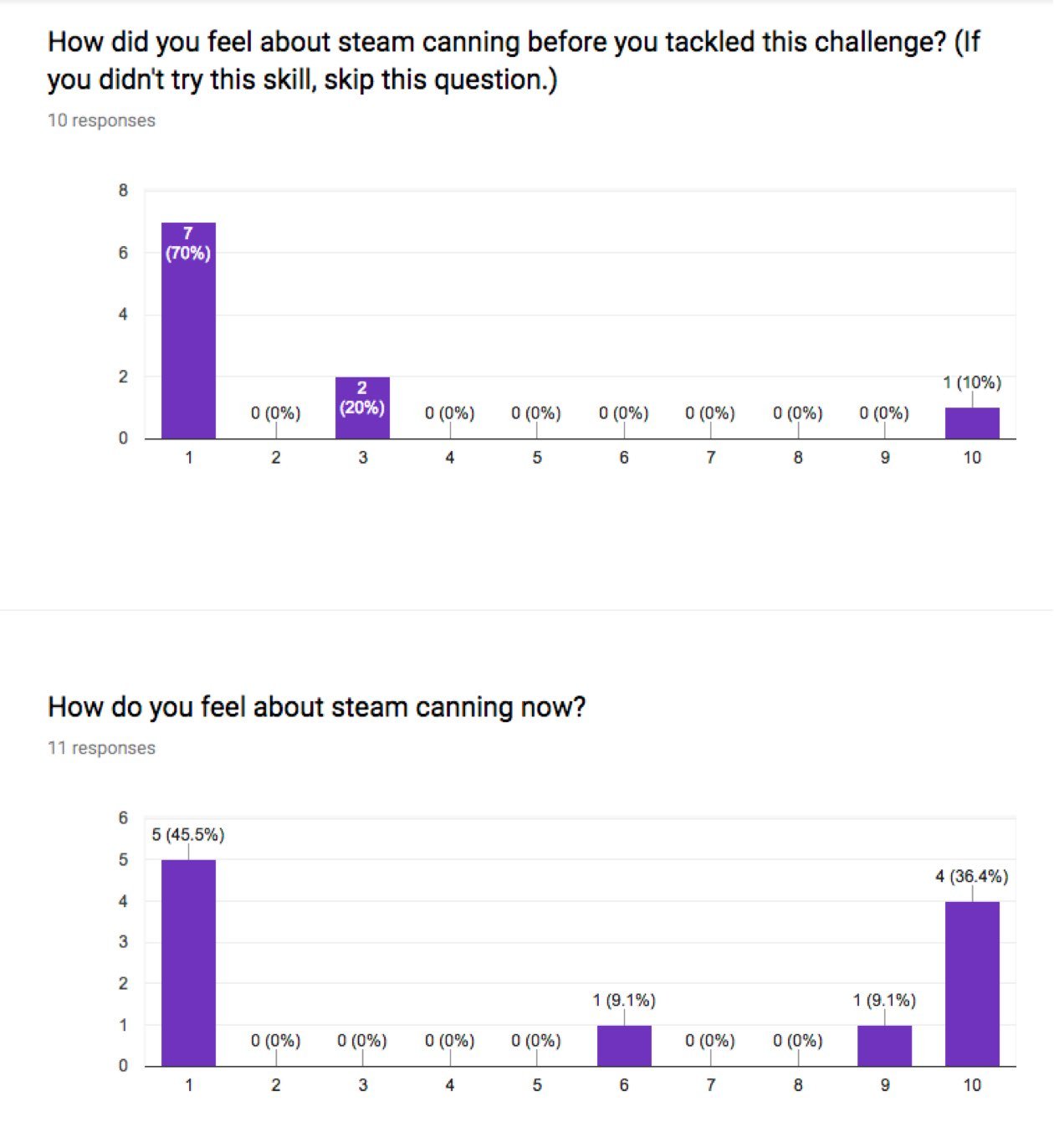 These numbers look a little wonky, because only seven people said they tried steam canning, but more are reporting here. I feel like we can probably safely discount four people who said they felt negatively after trying. Though I’m no statistician.

Here’s what people made!

And that’s it for the round-up for this month!