A Vintage Ball Blue Book from 1974 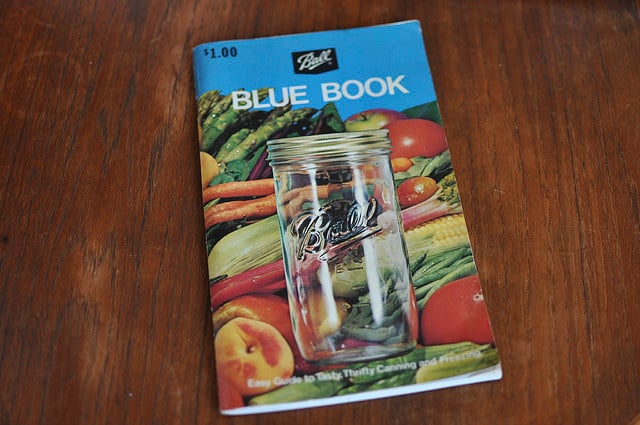 Traditional vacations don’t really float my boat. I don’t really like hot, sunny beaches (though I’m always delighted by chilly days walking along the Oregon Coast) and I don’t do any of those snow sports.

My ideal vacation involves used bookstores, junk shops and exploring new-to-me cities. Through a stroke of colossal luck, I managed to marry a guy who’s idea of heaven is several hours in a bookstore. We vacation well together. 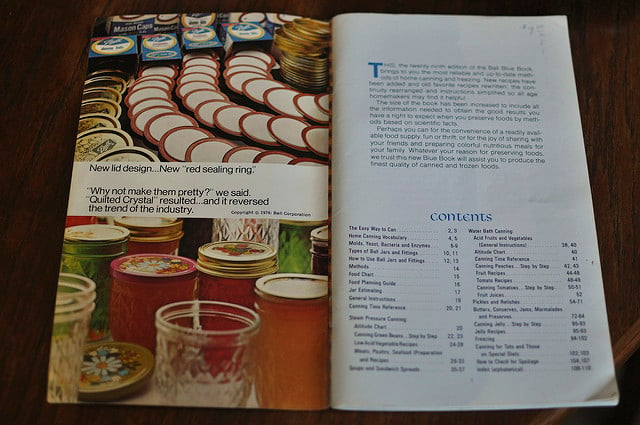 And so, we try take a long weekend at least once a year to explore a new city or cluster of little towns through their thrift stores, book sales and the occasional museum. This last weekend, we spent three and a half days in Harrisburg, PA.

We took the tour of the state capital building, wandered through the state museum, checked out Midtown Scholar and the Atomic Warehouse and played miniature golf. Our friends thought we were crazy to vacation in Harrisburg, but we ended up having SUCH a nice time. The City House B&B was our home base for the weekend and it was a fantastic place to stay. 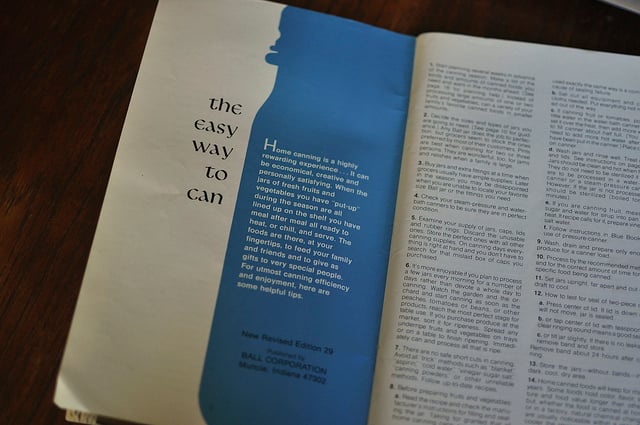 I found a particular treasure at one of the bookstores we visited during the trip. A copy of the 1974 Ball Blue Book. The original cover price was $1. I paid $4 and still felt like it was a steal. It is so charming and bursting with personality, which is such a difference from the impersonal voice that the current versions of this book assume.

And as you might have guessed, I love the fact that it has a pint and a half jar on the cover! Seems eerily timely, doesn’t it? 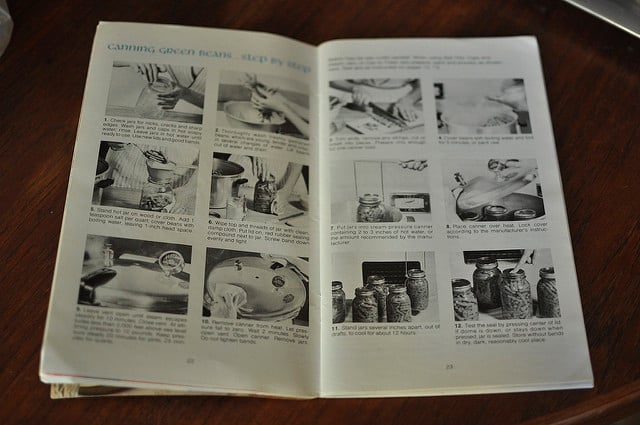 It’s filled with pictures like the ones you see above. It looks an awfully lot like the photo spreads that bloggers often post these days. We’re not nearly as original as we once thought.

Make sure to check out that nifty jar lifter, too! 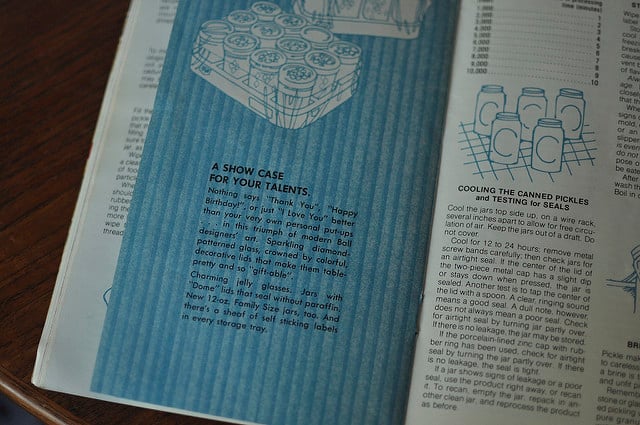 I had no idea that the quilted jars only dated back to the mid-seventies, but that’s what this book seems to imply. A fun little tidbit.

As much fun as it is to flip through a vintage canning book, do remember that it’s often not safe to follow the recipes in these volumes exactly as they are written. Canning methods and processing times have evolved a great deal over the last 35+ years and it’s important to always use the most up-to-date techniques. If you find a recipe you like in a vintage book, it’s best to use it as a starting point to search out an updated version. 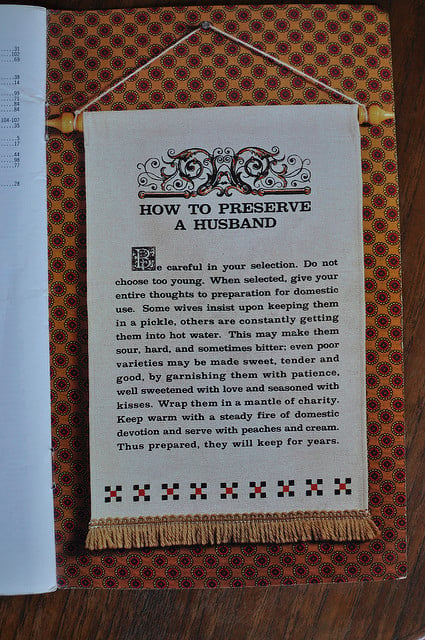 Finally, on the last page of the book they offer a recipe for “How to Preserve a Husband.” A relic from another time, to be sure.