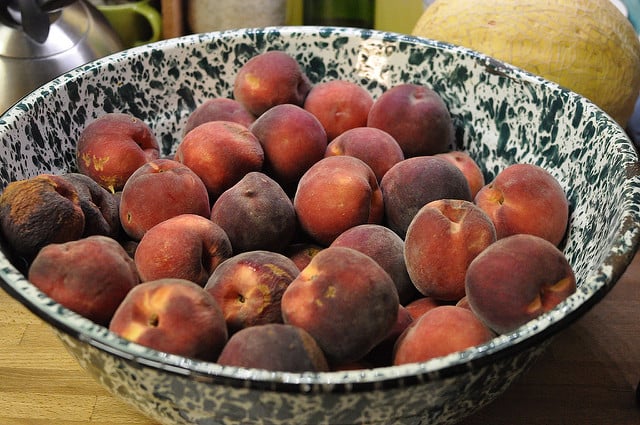 Until the summer of 2007, the only peaches I knew were aggressively fuzzy and yellow-fleshed. I was perfectly content with those peaches, until I encountered Beechwood Orchards and their white peaches. Fragrant and floral, without any of the pucker that comes with yellow variety, I was sure and well hooked. I’d buy and consume a full quart of those perfect fruits each week. At nearly $5 a box, they were almost always my most expensive farmers’ market purchase each Sunday (this was when I was in grad school and operating on a very slim margin). 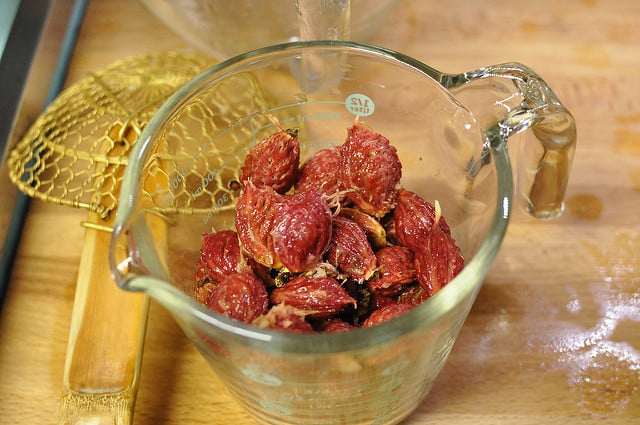 As far as eating out of hand goes, this summer I’ve swung back towards the acidic yellow peaches of my youth. But when it comes to cooking with stone fruit, I’m having something of a love affair with the white peach. You see, they smell like the best, most heady version of the peach-scented lotion I used during my teenage years, and I love how they take me back in time. They also taste terrific and I just can’t get enough. 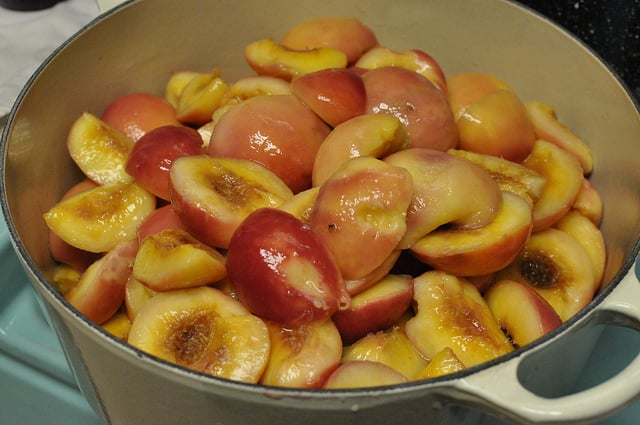 In an attempt to capture some of that flavor and fragrance, I halved and peeled nearly 10 pounds of white peaches and cooked them down into a vanilla bean-flecked, slightly sweetened sauce. I got ten pints of sauce from those ten pounds of peaches. Seven pints were processed just as they were (with the addition of 1 tablespoon of lemon juice per pint for acidification – white peaches are in the grey zone as far as safe levels of acid) and the remaining three were cooked down using the slow cooker technique into four half pints of butter*. 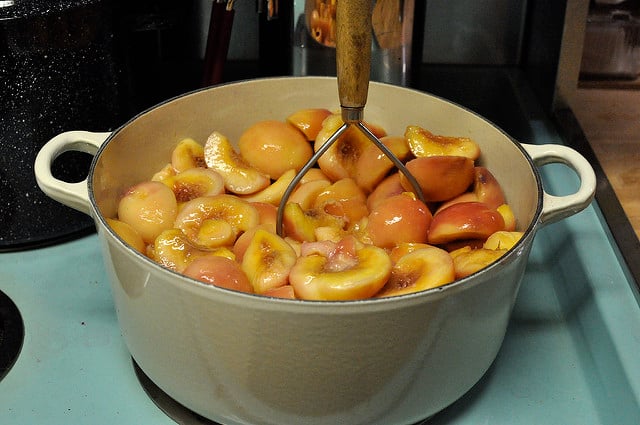 I’ve yet to open one of these jars to taste the post-process product, but going into the jars, it was smooth (I did use an immersion blender during the final stage of cooking to get everything to an even consistency), easy on the tongue and containing the very essence of summer flavor. I look forward to opening one of these jars come January and stirring this sauce into yogurt or just eating it directing out of the pint with a spoon. 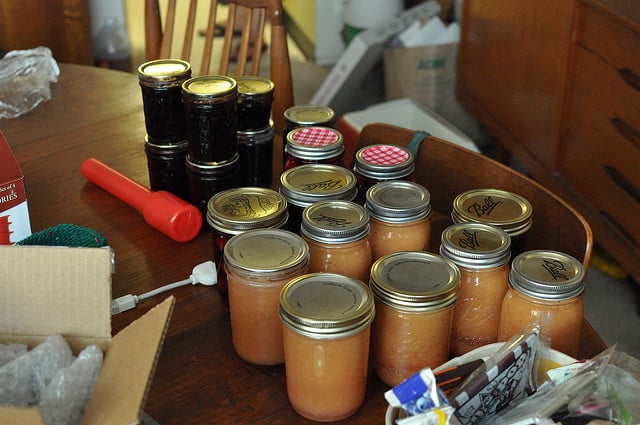 *The sauce that was cooked down into butter was also acidified, to ensure safety. I did some research and found that when the average white peach is tested for acidity, it has a pH of 4.5. This is in the canning grey zone and is similar to modern tomatoes (which we also acidify). Yellow peaches have a greater amount of acidity and so could be made into a sauce without need for additional acid.

And now for the giveaway part (you didn’t think I was going to forget that, did you?). The folks at Nielson-Massey have given me three tubes of vanilla beans to give to my readers. Each tube contains two vanilla beans of the very highest quality. Entries will be accepted through Wednesday, August 18th at 11:59 p.m. Just leave a comment on this post and include your favorite way to use vanilla.