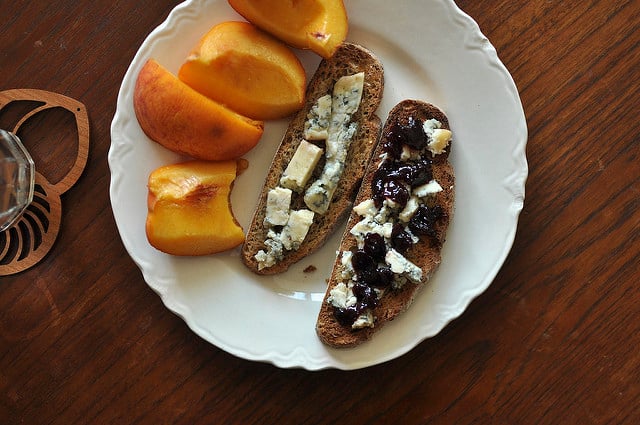 Though I still have a crisper drawer of stonefruit that needs to be used post haste, the truth of the matter is that the summer canning season is starting to wind down. Apples and pears are in the markets and I’m certain that it won’t be long before I spot some quince.

While I love the heady glut of berries, beans and tomatoes that summer brings, I also really appreciate the incremental slowdown that fall demands. The frenzy to put up diminishes and June is far enough behind me that it doesn’t seem crazy to crack open a jar of strawberry vanilla jam.

Regularly, I get questions from people wondering how best to use their jams, pickles and other preserves. And truly, I understand where these questions come from. The first year I actively canned, I was really hesitant to open all those jars back up. I had put so much time and effort into them! What if I chose the wrong way to use it?

Happily, I’ve gotten over those initial struggles and the fruits of my canning habit are deeply woven through my everyday life.  To that end, I’m adding a new category to this site called Preserves in Action. Sometimes I’ll feature simple applications like the bread, cheese and preserves you see above, and on other occasions, a more thought out recipe will be provided (like those found in the Open Jars series from last winter).

I’m also inviting you all to participate. Take pictures of your own Preserves in Action and post them to the Food in Jars Flickr group. Tag them “preserves in action” and include a brief description. I’ll regularly pick out a few and feature them here on the site.

Oh, and the picture above? It’s two slices of Saint Peter’s Bakery multigrain loaf, gently toasted and topped with Birchrun Blue. The left slice was drizzled with a bit of lemon verbena honey (I’ll show you how I made that later today) and on the right, the damson plum jam from 2010 (it’s a recipe you’ll find in the cookbook). With a peach, it made for a fabulous, quick lunch.