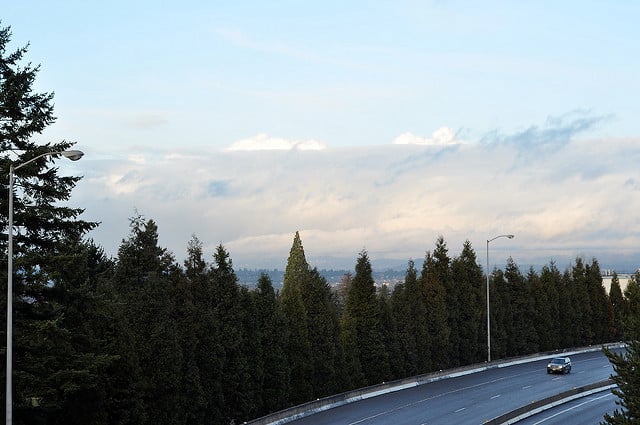 Scott and I are headed to Portland for a week of vacation next week. It will be Scott’s first visit to my hometown and I can’t wait to introduce him the wonder that is Powell’s Books, take him to eat at Pok Pok and drag him up to the top of Multnomah Falls. 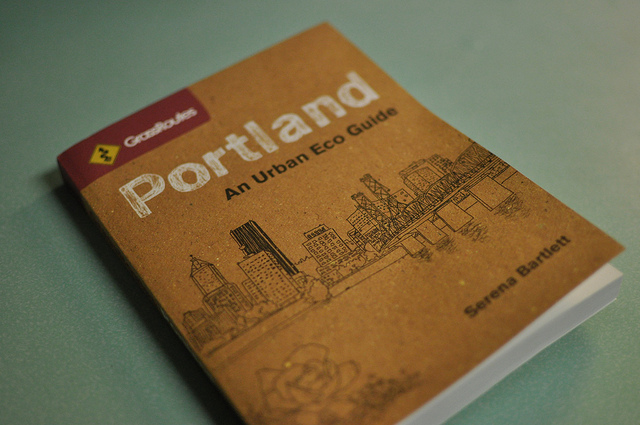 Though I haven’t lived in Portland in nearly nine years, I work hard to get back there at least once a year to eat, shop the thrift stores and hang out with my parents. Because I still know the city fairly well, when my cousin Serena asked if I’d be willing to contribute a few write-ups to the second edition the GrassRoutes Guide to Portland

, I was happy to say yes (my sister also wrote a number of the blurbs).

So, in honor of my impending trip to Portland, I offer you a guest post from Serena. We’re also giving away one copy of the Portland Guide. Leave a comment sharing a memory of your hometown by 11:59 p.m. on Thursday, October 7, 2010 to enter. 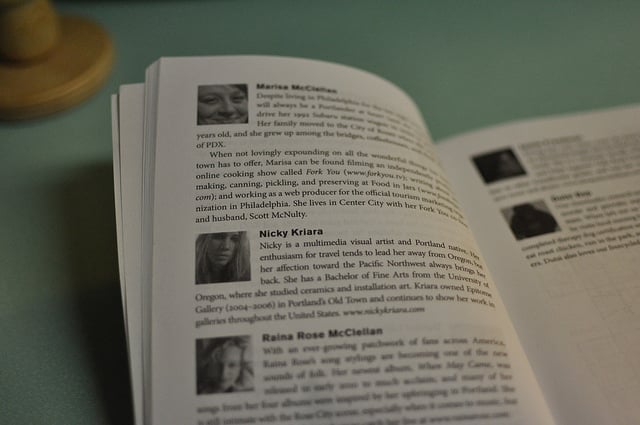 Portland. Pickles. Don’t the two words sound extra enticing spoken one after another? And rightly so given the number of coveted pickle jars I discovered in my many trips north to the so-called City of Stumps. Researching and writing the GrassRoutes Guide to Portland took me to tables in every corner of the city, and one of the most memorable of those was also the kitchen whose pickles I favored.

Paley’s Place is not for routine meals. The white-walled rooms, located in what was once a family residence, are neatly crosshatched with linen-clothed tables, some of them two tops for couples toasting an anniversary. The ever-changing menu always features a pile of organic and sustainable ingredients, so it was a natural fit for a guide that focuses on conscientious businesses and activities that make a positive impact on the local economy, community, and environment.

I remember that night I had had an especially casual state of mind and ordered a burger at a place where I could have supped on suckling pig three ways with ricotta gnocchi. It wasn’t a regrettable decision, and it came with these pickled vegetables, recipe below, which really complimented the savory richness of the beef. This treasured food memory from my travels has become one of those invisible souvenirs that can be recreated in any geography, provided there’s a jar in the vicinity.

When we talked about me doing a guest post I thought, “What would be better than to share this recipe with the Food in Jars community of canners?” So here it is. And next time you get the chance to visit the rosy city of Portland try Paley’s Place for yourself, and other eco-savvy spots featured in GrassRoutes Portland, including several entries by Marisa, a contributor to the guide!

The recipe from Paley’s Place is after the jump… 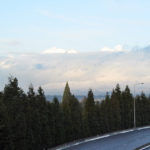 “Virtually any vegetable can be pickled, so get creative. Use this recipe, essentially for pickling brine, as a guide for amounts and cooking times for the more commonly used vegetables. It generally takes 1 cup of brine to pickle 1 cup of vegetables. Some vegetables (like carrots) require cooking, and others (like cucumber) will not. Best of all, it is a very fast and easy process that will let you enjoy the pickles within 24 hours of making them. Book info: GrassRoutes Guide to Portland, 2010 Sasquatch Books Paley’s Place info: Paley’s Place Cook Book, 2008 Ten Speed Press, www.PaleysPlace.net

39 thoughts on "Portland, a GrassRoutes Guide and a Guest Post"