Photos from the Food in Jars Flickr Pool – Kumquats and More

It’s been an embarrassingly long time since I pulled together a post featuring photos from the Food in Jars Flickr pool, but that doesn’t mean that there’s not an world of goodness in there. Even during these quieter canning months, so many of you have been making lovely preserves. Here are a handful of the prettiest! 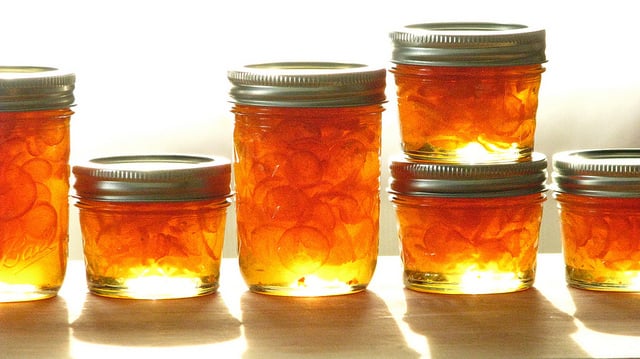 Rebecca from the blog Cakewalk made a batch of glowing kumquat habanero marmalade. Aren’t those perfect circles of sliced kumquat gorgeous! 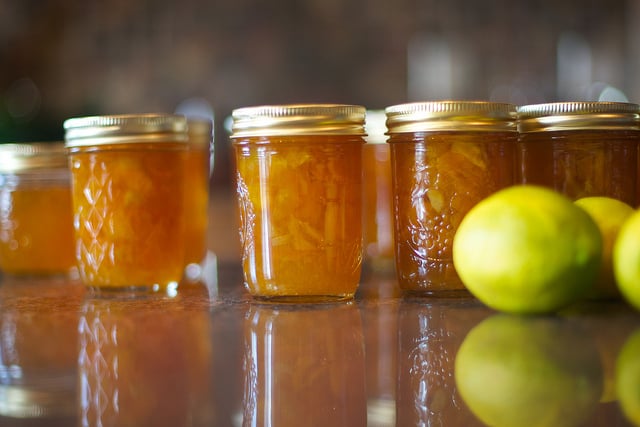 Sweet-tart marmalade made using green lemons by Jennifer. I love her preserving blog. It’s called Putting By and you should add it to your feed reader. 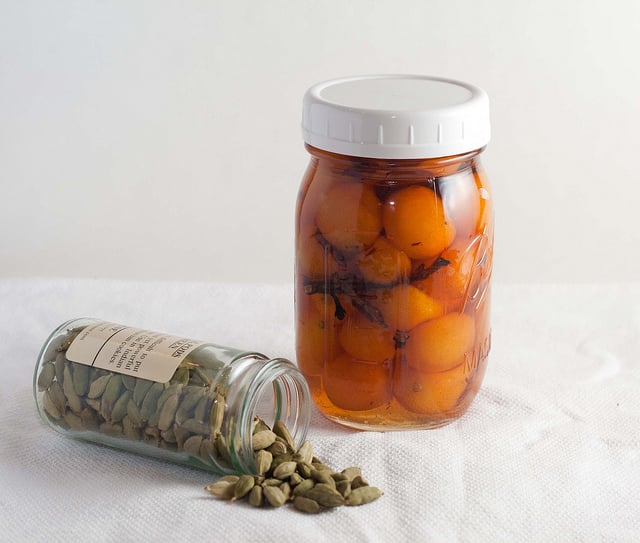 Spiced kumquats! These pretty little guys were made by Sarah who blogs (with her sisters) at Three Clever Sisters. The recipe can be found here. 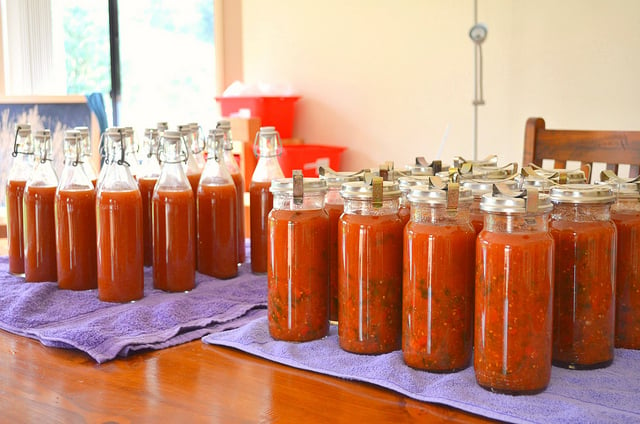 Though here in Philadelphia, we’re about as far removed from tomato season as you can get, over in Australia, they’re harvesting like crazy. Here’s the preserving work of Flickr user and Aussie rastis100. Aren’t those jars and bottles terrific? 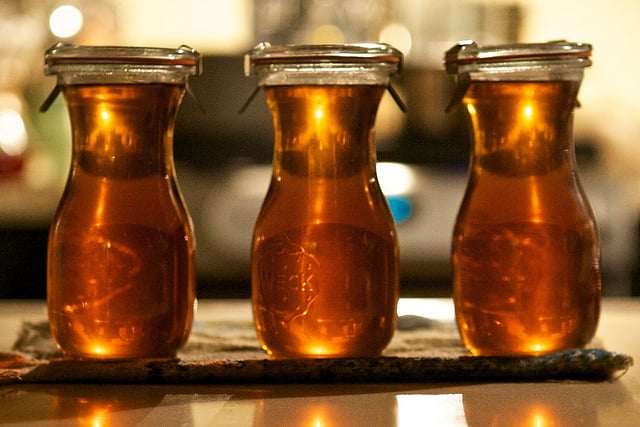 Finally, a few small jars of homemade maple syrup from Susy at Chiot’s Run. The volume of gardening and food preservation work she does is so inspiring!