Photos from a Food in Jars Potluck 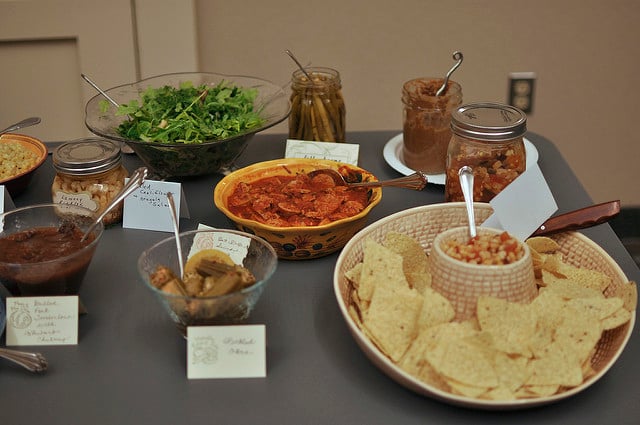 I spent most of this past Friday in Lancaster County. It was a full day, including a book signing at DogStar Books, a canning class at the Lemon Street Market (an awesome resource for bulk staples and gluten-free food) and a potluck with the Essen Cookbook Club. 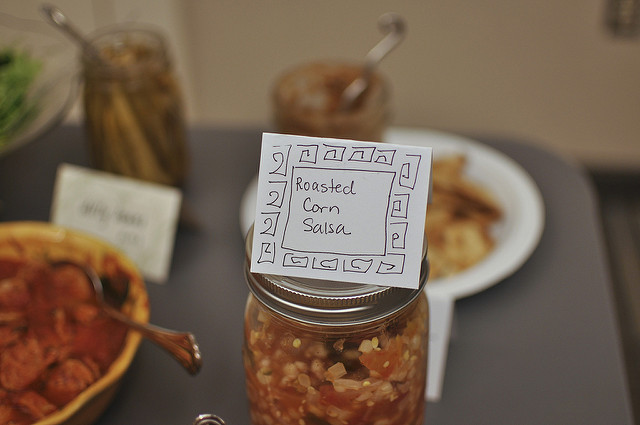 Every part of the day was terrific, but the potluck was a particular treat. Organized by Essen owner Betsey Gerstein Sterenfeld, the Cookbook Club meets every three months and each gathering features food from a single cookbook. This time, they focused their efforts on Food in Jars. 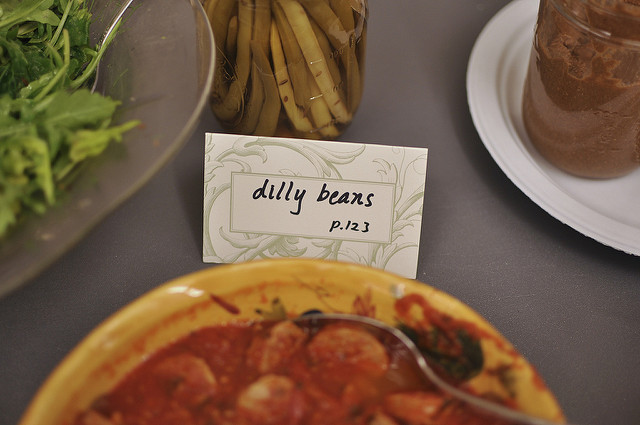 Because my book doesn’t include much in the way of finished dishes, they embraced the concept of Preserves in Action and used many of my recipes as starting places for finished dishes. There was sausage in my marinara sauce, a pork roast topped with the cherries in red wine syrup and several of the mixes in jars baked up to their finished state.

Betsey made a layered salad of ricotta cheese, cantaloupe jam, torn basil and cucumber slices. It might sound a little strange, but it was awesome. I had three servings. 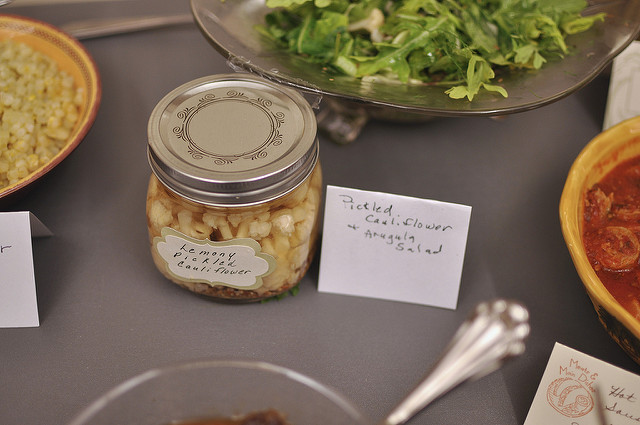 This arugula salad with the pickled cauliflower was particularly nice! 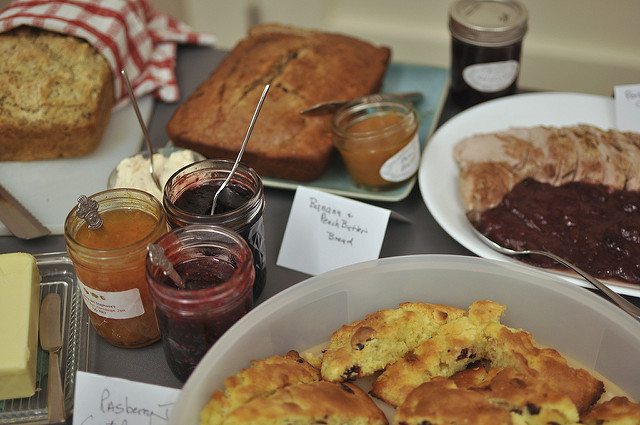 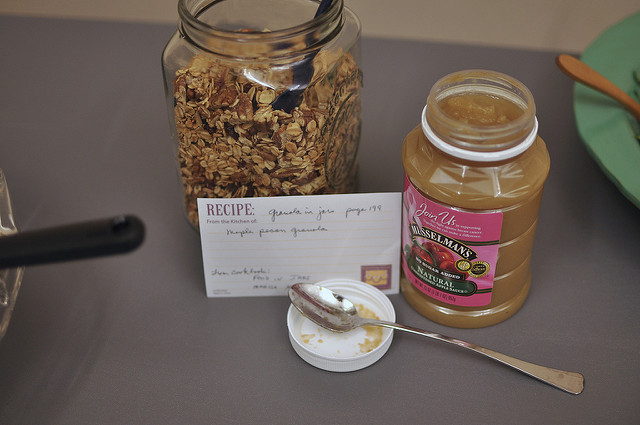 Maple pecan granola, served with applesauce (which is actually how I often eat it. Tastes like instant apple crisp).

Truly, the whole potluck was a total treat. Many thanks to Betsey from Essen for coordinating and for all the Cookbook Club members for taking the time to make so many of my recipes. I so enjoyed meeting everyone!

In other news, the winner of the A Year of Pies giveaway is commenter #236. That’s Carlie from able-bodied girl. Carlie, I’ll be in touch shortly to get your contact info.

14 thoughts on "Photos from a Food in Jars Potluck"