How to Check That Your Seal is Good 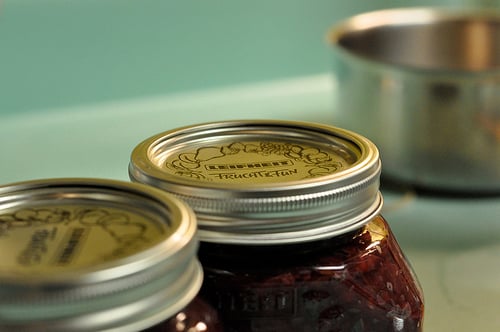 I got a question tonight from a reader of this blog about seal quality and as I was writing her back, I realized that there may be more of you out there who could benefit from a brief seal-testing tutorial.

When it comes to canning, sometimes you miss the pinging sound that gives you auditory confirmation that your jars have sealed. Just because you didn’t hear it doesn’t mean that the jars didn’t seal. Here are some ways to test….

How else do you guys check your seals? And, while I’m answering questions, who else has got one?

299 thoughts on "How to Check That Your Seal is Good"