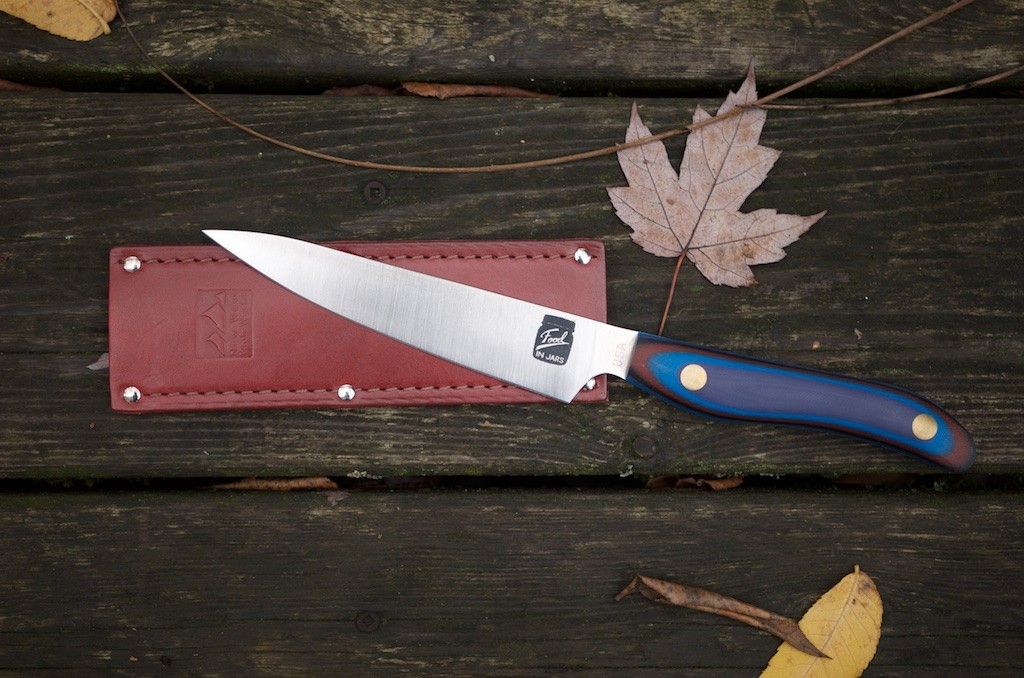 Many moons ago, my friends at New West KnifeWorks got in touch with an idea. They were launching a custom-made knife program and wanted to know if they could make one for me. Delighted by the idea, I said yes.

We scheduled a call and I spent a little time describing my ideal preserving knife. I wanted something thin and easy to handle, that could manage to hull strawberries, slice cucumbers for pickles, score tomatoes easily, and slip peaches away from their pits. After I’d talked for a while, knife maker Corey stopped me to say, “I think we already make the knife you’re describing.” 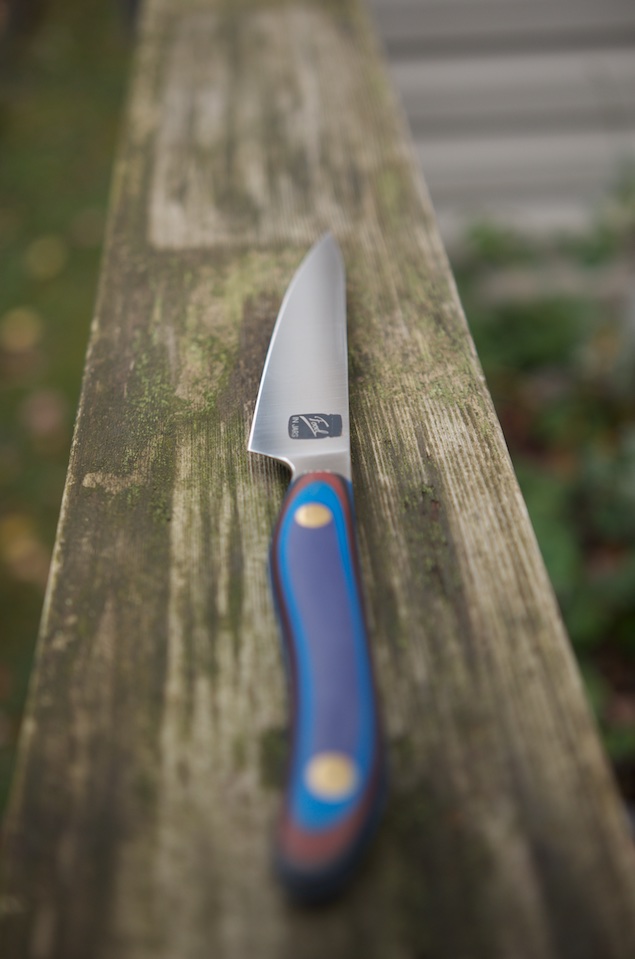 We put our discussion on hold and they sent me a couple different models of their G-Fusion Petty Utility Knife to use and live with for a while. Corey was right, it was the knife I’d been hoping for. Made from high carbon steel, the blade is incredibly sharp and holds an edge longer than any other knife I own. It also works well on both small tasks and larger ones. 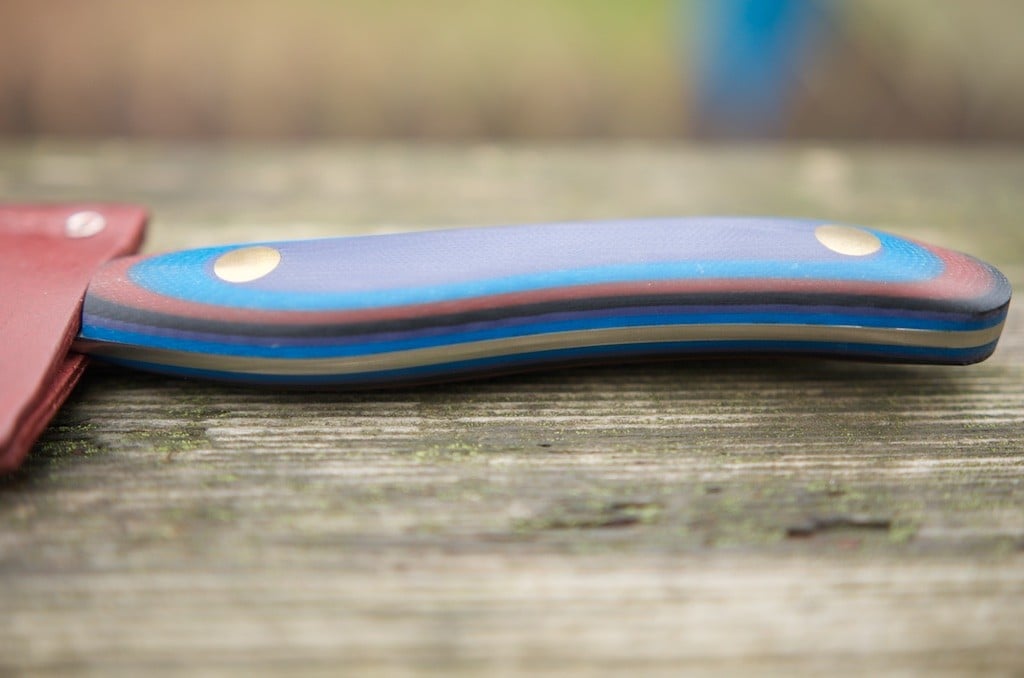 The handle is made from layers of fiberglass and cloth-epoxy that are compressed and cooked into sheets, before being hand-shaped and polished around the knife tang. The layers of color appear as the material is ground down, meaning that every knife is just a bit different from the last. It also happens to feel terrific in the hand. 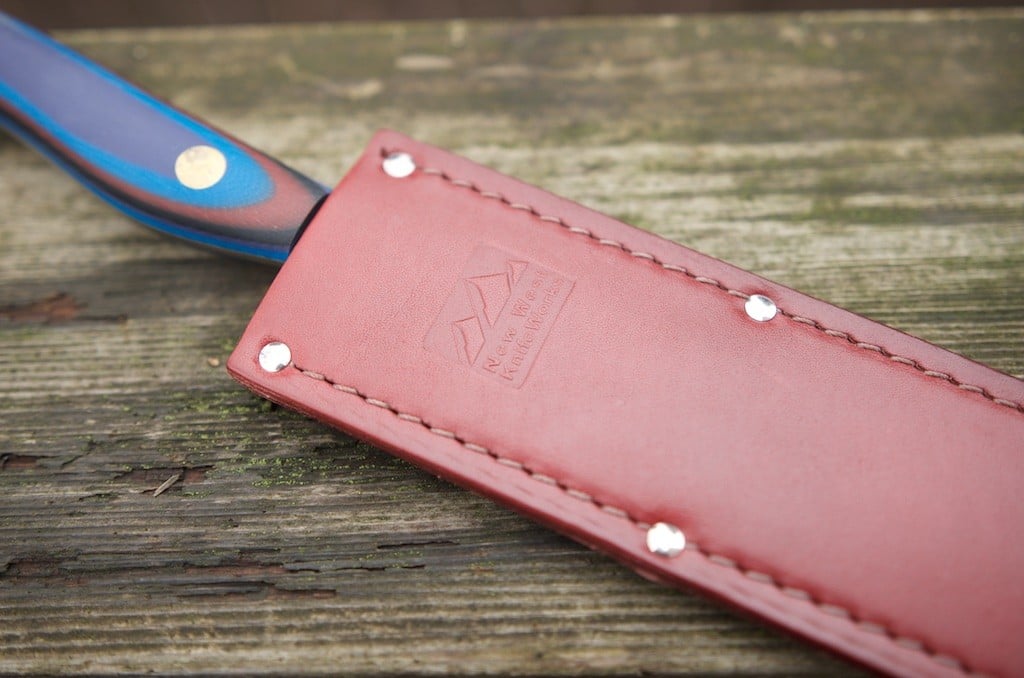 Some people might have been disappointed to have ended up with a knife from the New West KnifeWorks product line rather than a custom knife. But not me. Because it means that this wonderful knife is a bit more accessible to you guys and, because it’s not a one-of-a-kind item, I get to give a New West KnifeWorks G-Fusion Petty Utility Knife away to one of you.

I’m trying something new this week and am using Rafflecopter to gather the giveaway entries. If you’re interested in entering to win a knife like mine (the handle color we settled on for me was Mountain Huckleberry. It just seemed appropriate), complete one or all of the entry options listed below.

And two more things. If you’re still intrigued by the idea of a custom New West KnifeWorks knife, they’re giving away one to new subscribers to their mailing list. And if you’ve got a mountain man in your life, make sure to check out New West’s sister shop, Mtn Man Toy Shop.