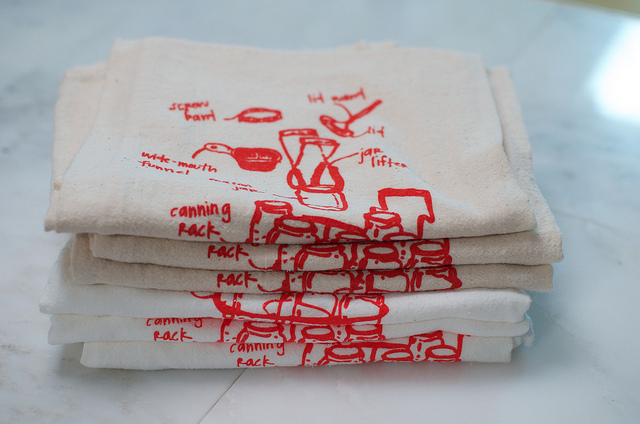 More than four years ago, when this blog was just a wee sprout, I helped my friend Sara Selepouchin Villari (she’s the owner and illustrator of Girls Can Tell) brainstorm the best way to capture the bits and pieces of a canning kit in diagram form. We met for coffee, I described how everything was used, and she went off to sketch and label. A few weeks later, a diagram was born. 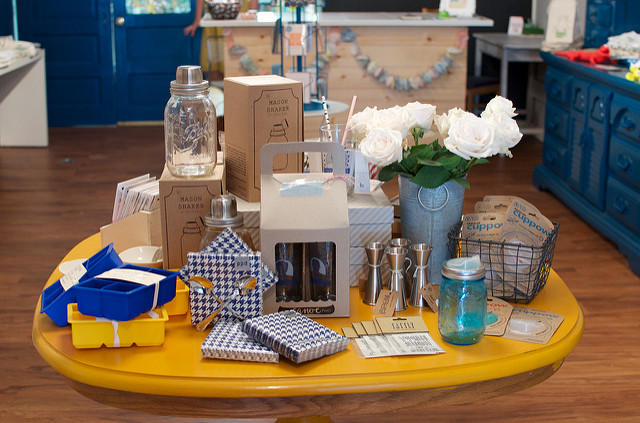 Since that conversation back in early 2009, a lot has changed for both Sara and me. I wrote a book, became a full-time blogger and freelancer and wrote a second book. She added many dozens of diagrams to her line, greatly expanded the number of stockists who carry her stuff, and then earlier this year, opened her own gift shop on E. Passyunk Avenue. 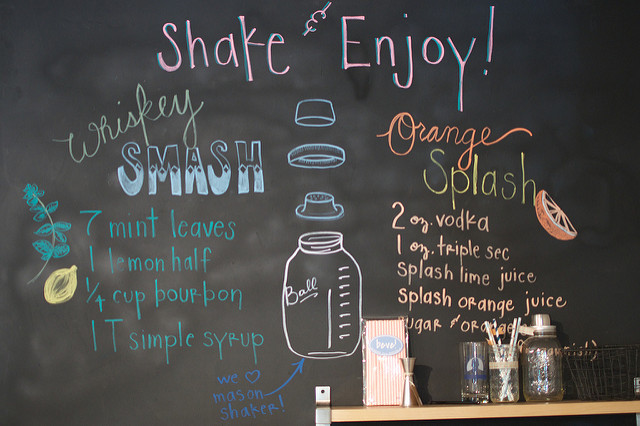 Called Occasionette, this new shop carries both a goodly number of pieces from Girls Can Tell, as well as cards, gifts, dishes, and other lovely things that you never knew existed but will desperately want the moment you see them. 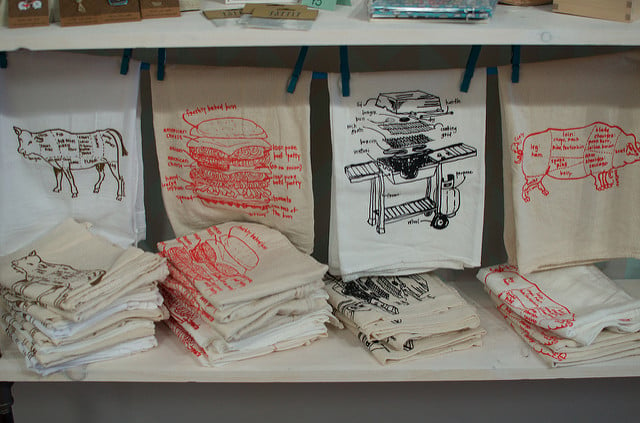 Right now, Occasionette is carrying a number of jar-based items, including the Mason Shaker and an array of Cuppows. I hear tell that she’s also planning on stocking the newly released BNTO, so keep your eyes peeled for that! 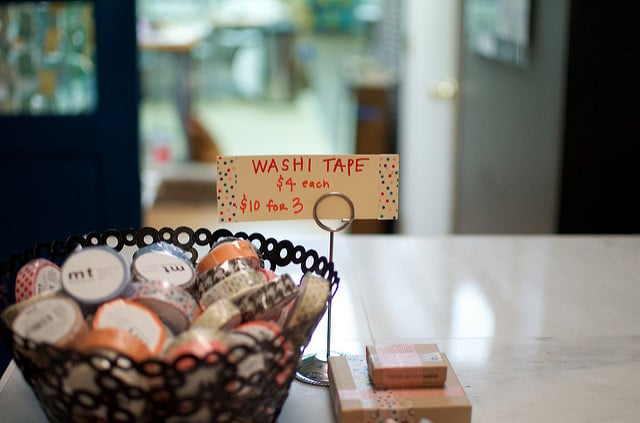 Occasionette a lovely addition to a commercial corridor that’s rapidly been coming back to life and vitality over the last few years. If you’re in the Philadelphia area, I urge you to hop down to 1825 E. Passyunk Avenue and check it out! 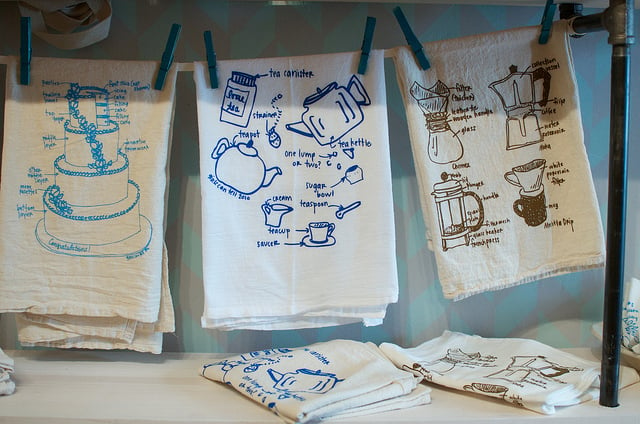 Of course, every new beginning comes with a handful of endings. Because Sara has so much on her plate and only so many hours in the day, she’s begun to retire some of the older diagrams in the Girls Can Tell line in order to make room for new, fresh ideas and projects. One of the diagrams that’s being tucked into the vault is the one that features the canning tools. 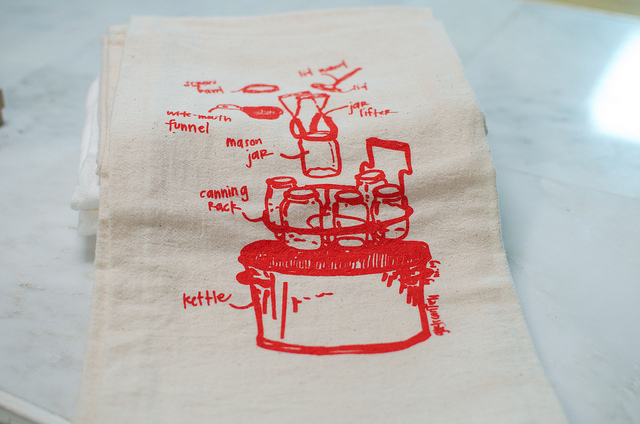 In order to give this lovely diagram the send-off that it deserves, Sara suggested I give a few of these towels away. And so that’s what I’m going to do! We’re giving away three of the unbleached towels and three of the white towels for a total of six winners. Here’s how to enter:

If you can’t bear to take your chances with the giveaway, you can also order one of the last towels directly from Sara’s shop by clicking here. She also has a few of these cute notecards bearing the diagram left as well.

Disclosure: Sara is providing the towels for this giveaway at no cost to me. No money changed hands and my opinions are entirely my own.