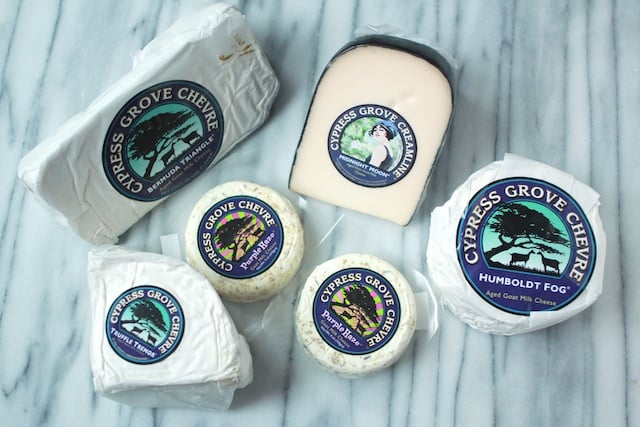 When I was writing my last book, one of the comments my editor made on the draft was that she was afraid I was recommending pairing too many of the recipes with cheese. We worked to come up with some alternate suggestions for those headnotes, but many of the cheese pairing suggestions remained. The reason? Cheese and jam (or pickles, chutneys, jellies, etc) are downright delicious together. 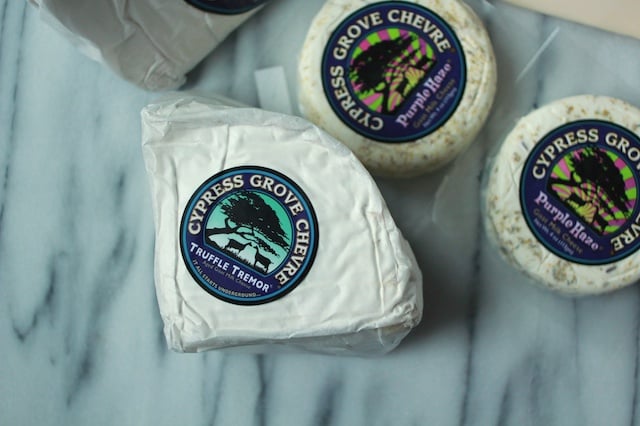 When run out of time to make a big salad or a pile of roasted vegetables for a potluck, I head for the pantry instead. I find a jar of of something homemade (tomato jam is always a good choice), buy a slab of creamy, crumbly goat cheese, and pick up a baguette. I set that out on the potluck table and watch as people eat up every crumb and drop. 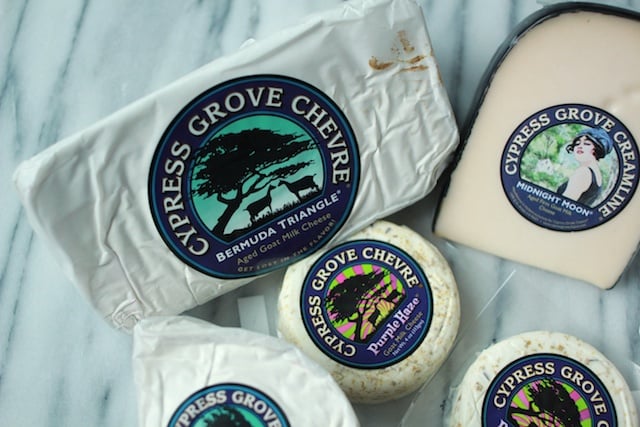 A few years back, I did a very informal collaboration with the folks at Cypress Grove (they make the most glorious goat’s milk cheeses). Essentially, they sent me some cheeses and I dreamed up a tasty little jam to serve along with those cheeses. My recipe for Plum Star Anise Jam was one of the preserves that resulted. 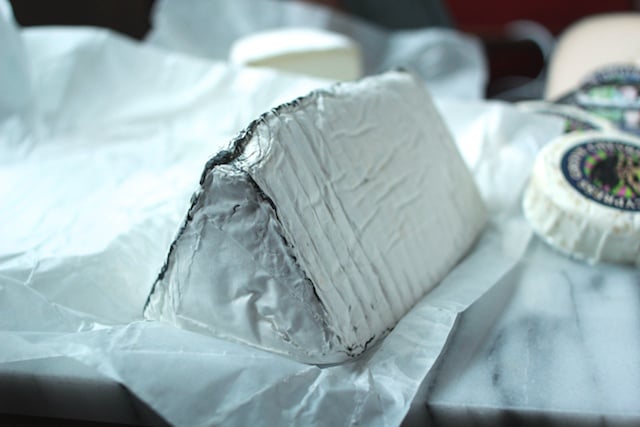 Sometime in the last year or so, I reconnected with one of the very nice people over at Cypress Grove and we decided it might be fun to do another round of recipes designed expressly for a few of their products. So they sent me some cheese and I got to work. So far, I’ve come up with two preserves that pair up brilliantly. 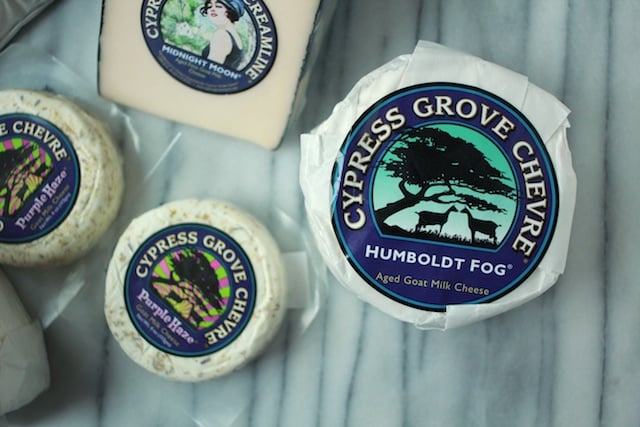 The first recipe is a preserve that I’m calling a peach mostarda. It’s not a true mostarda, in the sense that it does not contain super concentrated mustard oil (which is quite difficulty to get in the US, because it an ingredient in mustard gas). I use generous amounts of mustard seeds, coupled with some sinus clearing cayenne to mimic the pungency of the mustard oil, and I think it works well. Whatever you call it, I like it eaten with a little wedge of Humboldt Fog. 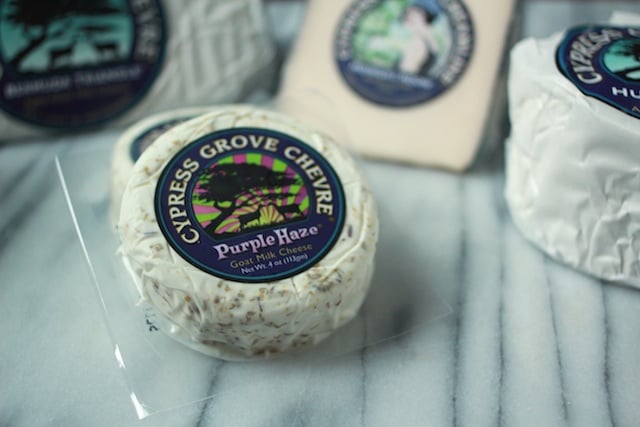 The second preserve are pickled plums that end up being a cross between a jam and chutney (recipe coming soon). I took slightly firm Italian prune plums and cut them into slivers. They sat with restrained dose of sugar, some apple cider vinegar, and a cheesecloth bundle of spices until they released their juices. Then I cooked it down until the syrup thickened but before the fruit lost its integrity. It’s delicious when you perch a bit of the pickled plums on top of a slice of Truffle Tremor. 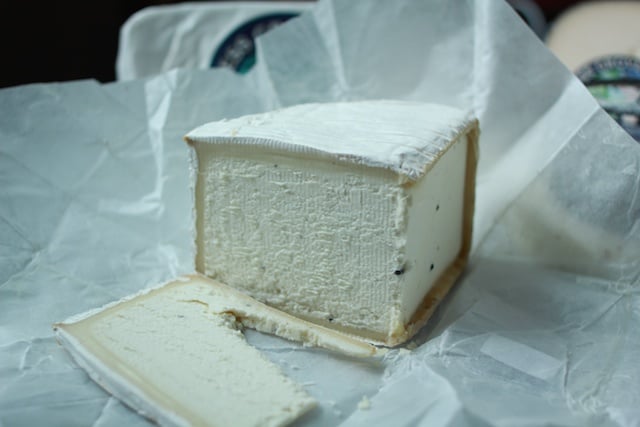 The lovely folks at Cypress Grove a cheese prize pack to one lucky Food in Jars reader. It will contain a Humboldt Fog Mini, a wedge of Truffle Tremor, and a hunk of Midnight Moon in a snazzy Cypress Grove cooler pack. You’ll also get some other Cypress Grove-branded goodies, including a cheese wire for easy Midnight Moon slicing. Additionally, I’ll throw in small jars of these two preserves, so that the winner can try my pairings.

Here’s how to enter:

Disclosure: Cypress Grove sent me a package of cheeses for pairing and photography purposes. They are also providing the prize for the giveaway. No additional compensation was provided.