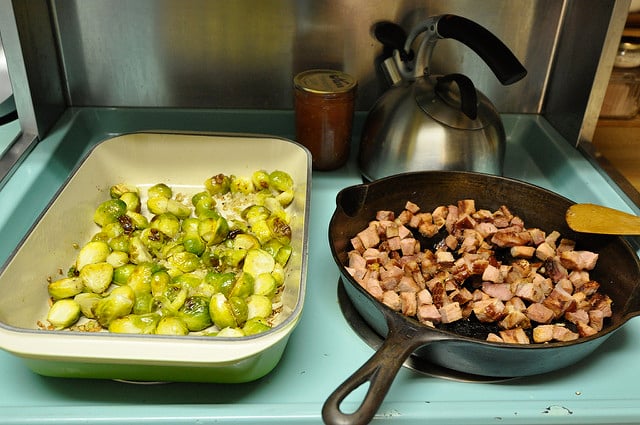 I had a harder time cooking for the Dark Days challenge last week than I ever have before. It’s not that we didn’t eat locally. There was carrot soup, made from farmers market carrots and onions, and simmered in chicken stock that I made from local chicken feet and pressure canned last summer. A roast chicken that had once happily roamed a pasture out in Lancaster County. Freshly made (although not by my hands) fettuccine, tossed with sauteed portobello mushrooms, kale, onions and ricotta (the veg was all-local and the ricotta was freshly made from Claudio’s).

But there were also things like the cauliflower I pureed with some dill havarti on Tuesday night. The cauliflower was from the Italian Market, bought two for a $1. Cheap, nutritious, but from far, far away. The cheese was a hunk of Trader Joe’s finest, of origins unknown. 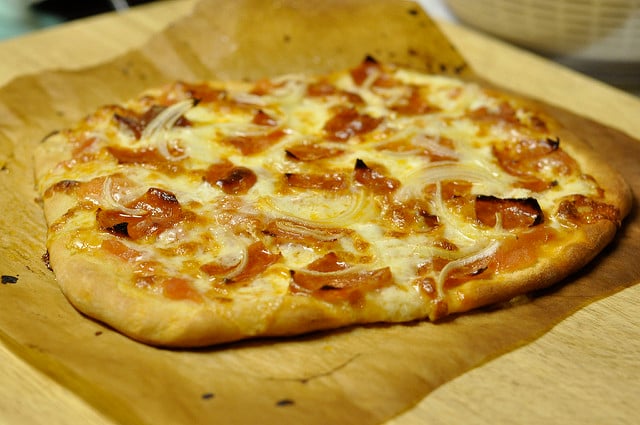 And last night, I made whole wheat pizza to satisfy a craving of Scott’s, who was coming off three weeks of no carbs and, in that moment, needed a slice as much as he also needed air, water and sleep. It is not wise to respond to a hungry man’s request for pizza with the words, “we can’t have pizza, because my flour and cheese aren’t local.”

So I made pizza, following Joy’s recipe for dough with flour from the bulk bins at Whole Foods. One was topped with some of my homecanned tomatoes, whole milk mozzarella from who-knows-where, buying club onions and Claudio’s pepperoni. Another wore that same base, with local ham, those same onions and slivers of red pepper from Mexico. 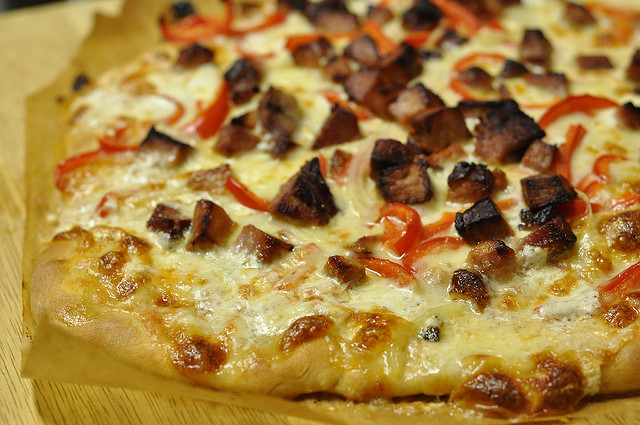 We ate the pizza with a side of roasted brussels sprouts (bought from local farmers at my Saturday market) and a great deal of satisfaction.

While there is no one meal I can look at from the last seven days and say, “Yep, that one there, that’s my Dark Days meal for the third week in January,” the challenge was with me in some way with each bite I took. And I think that that’s really the goal.