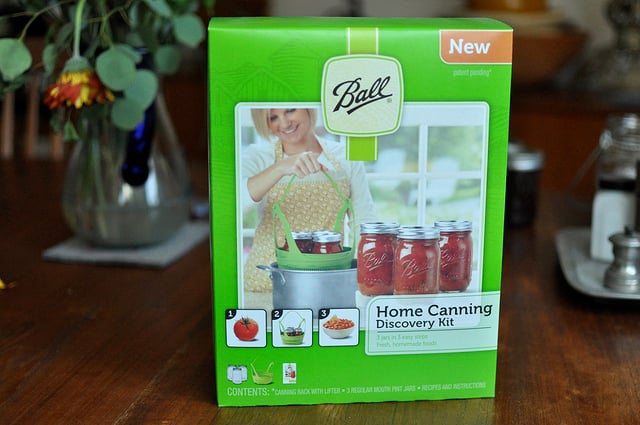 Goodness. That was a popular giveaway, wasn’t it! Truly, an unprecedented response. I’m truly delighted to hear that so many of you are interested in getting started canning. For those of you who were hoping to win this kit as a way to get started canning, I’d encourage you to seek out this kit on your own or rig up a system of your own, because truly, there’s little that’s more satisfying that eating your own home-canned jam in January or February.

Before I announce the winner, I want to say a few words about the man who made this giveaway and so much of what appears on this blog possible. That would be my husband Scott. I make mention of him on occasion (mostly when referencing his slightly picky eating habits), but I don’t think I give him his due frequently enough. 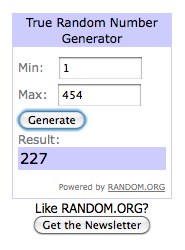 He initially encouraged me to start this blog and has been an unflagging booster as I’ve invested more and more of myself in this little spot on the internet. This giveaway was his idea, he was the one who spotted this canning kit last month when we were in Lancaster, moved one into our cart, paid for it and suggested I give it away on this blog.

In addition to being an incredibly supportive spouse, he’s also a writer. If you’re thinking about starting a blog on either WordPress

, consider seeking out one of his most useful books. He also has two blogs, Scott Explains (where he show how to do useful technological things) and Blankbaby (an old-school personal blog).

But enough with the praise for Scott. You guys are here to hear about the winner. And, according to randomizer, our winner is #227. Congratulations Tricia, you’ve won the kit! Thanks to all of you who entered! I have another fun giveaway coming soon, so make sure to check back later this week.