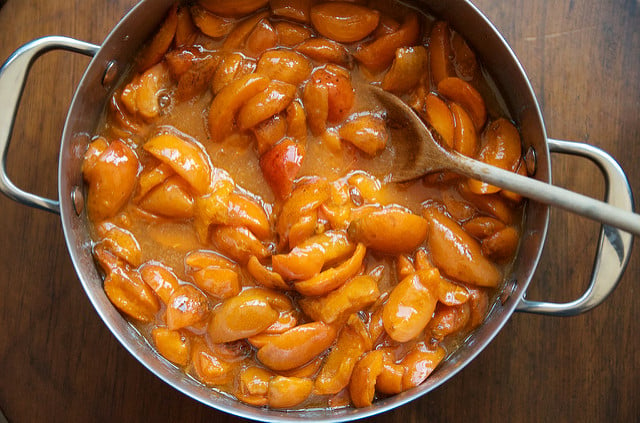 Right around this time last year, My Berlin Kitchen

, Luisa Weiss’s beautiful memoir, was published. I got a copy when it first came out and read the whole thing in less than a day. As soon as I had a few moments, I used her recipe for spiced plum butter and made some of the most luscious, silky plum preserves.

It was such a nice style of preserve-making that I used it again a few weeks back on apricots instead of plums (without really meaning to, I’ve canned my way through nearly 50 pounds of apricots this year). I quartered them, combined them with a little honey and a few spices, and roasted them until they slumped and were slightly caramelized around the edges. Once they were entirely soft, I used an immersion blender to puree them and then canned up the resulting apricot goodness in half pint jars. 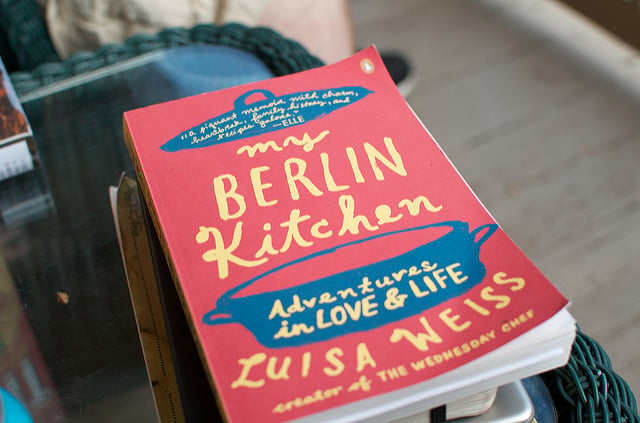 I hesitated to write about this apricot and honey butter because their season is mostly over for the year. However, I thought it couldn’t hurt to plant a seed now, for next year when the apricots return again. I also thought it was good timing to share this adaptation of Luisa’s technique because her glorious book came out in paperback last week

. If you’ve not read it, I highly recommend it (I also recommend her plum butter. And the season’s not yet over for Italian plum prunes!).

And here are the specifics for my apricot approach. I used four pounds of pitted and quarters plums and 1 pound of honey. For one batch, I used 1 cinnamon stick and 2 cloves like Luisa suggests for her plums (it was delicious). For the second batch, I tied a heaping tablespoon of dried lavender buds up in a length of cheesecloth and let them sit with the fruit and honey overnight. The next day, I fished it out and roasted the fruit just as the plum recipe describes. This one may be my very favorite preserve of the year.