A Raina Rose Kickstarter With Food in Jars Rewards 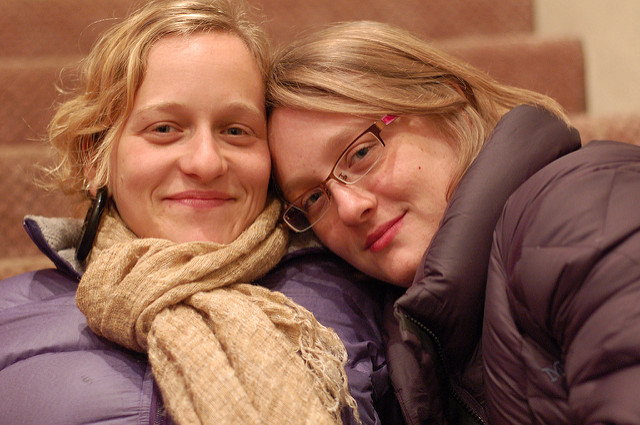 As many of you know, my younger sister (the one who got married last month!) is a folksinger. Her name is Raina Rose and she’s been playing music, touring, and working her butt off for most the last decade now (her first true break from the road only came last winter when she gave birth to a baby boy. Not much of an actual break there!).

Raina is part of a growing middle class of musicians who, thanks to the internet and its expansive community, are finding ways to support themselves playing music without help from major record labels and the traditional pop music system. One way that these talented folks are doing this is by asking their listeners, family and friends to drop a few bucks into various fundraising campaigns to help cover costs for tours, production and promotion.

Just yesterday, Raina leapt into crowd-sourcing and launched a Kickstarter in order to raise the money necessary to make her next album a reality. If you are a folk music lover, I encourage you to click over to her website and explore her music (she’s also been doing a Song-a-Week project that you can see here). If you like what you hear, a contribution of just $3 to the Kickstarter will get you a digital copy of the album upon completion. 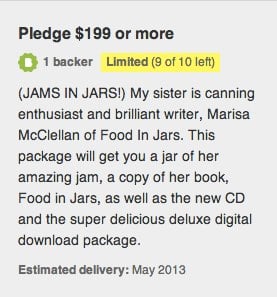 Raina has put together a most impressive list of rewards for the various contribution levels and there’s one that particularly want to point out to you guys. For a gift of $199, in addition to getting everything Raina has ever recorded, this new album, and an EP from John Elliott, you also get a signed copy of my cookbook (as personalized as you want) and a pint jar of my homemade jam (any flavor you want). I realize it’s a little spendy, but every cent goes to making marvelous music (truly, I’m donating books and jam to the effort).

Here’s her Kickstarter video. It’s pretty darn fun and the scene at the end with Emmett melts my heart every time I watch it.

Thanks for taking the time to read and watch. Big thanks to those of you who saw my Tweets and FB posts yesterday and have already thrown a few dollars into the pool. Your support of my sister is so greatly appreciated!